Do we still need national conventions? 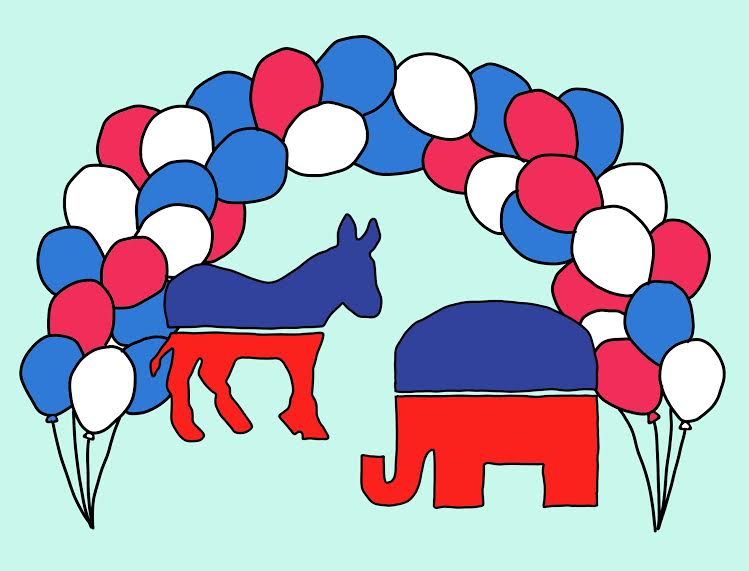 Another round of national conventions has concluded in anticipation of the 2020 election, coronating former U.S. Vice President Joe Biden and U.S. President Donald Trump as the two major parties’ official presidential candidates. Yet even after both had concluded, one question lingered on many viewers’ minds: “Why do we still have these?” After all, the party electoral of the 1970s reduced the once-major role conventions played in selecting the nominees. Is it simply a formality at this point? Not so; these over-the-top gatherings may not be paramount in the electoral process, but that does not mean that they don’t serve a purpose.

This year was, needless to say, much different from any other convention. The outbreak of the COVID-19 pandemic this year put significant strain on all in-person events across the country, and in the case of the convention, further stymied its ability to influence outside of its traditional voter base. Conventions as a whole are far from pointless. In recent elections, they have acted as a platform for factions in the party to delineate their often competing interests. In 1992, for instance, the Republican National Convention (RNC) broke out in conflict over a “culture war” following a speech by former President George H.W. Bush’s challenger, Pat Buchanan. The speaker disputed many of the core principles of the Republican Party at the time, namely social moderation and supporting businesses. Although Buchanan lost the nomination that year, many of his ideas thrive in the mainstream Republican Party today.

Nor are Democrats an exception to substantial clannish drama. In the heat of last election’s Democratic National Convention (DNC) in 2016, a sect of Bernie Sanders supporters expressed their divergent opinions about Hillary Clinton’s nomination. Exposing the divide between delegates within the party, Sanders supporters could be heard chanting “Bernie, Bernie!” while harassing Clinton supporters. Not even a personal address from Sanders could calm them down that evening. This term, the party is emphasizing unity in the hopes of circumventing the broad dissent of past elections. Many expected a form of outburst this year once again from Sanders supporters, but the move to a remote convention prevented that chance.

The heart of any serviceable convention – the convention speech – is formally a scripted, predictable and inconsequential affair, but occasionally powerful metaphors and deliveries convey the importance of an election or point in history to the convention’s viewers. Possibly the most influential of this century was former U.S. President Barack Obama’s 2004 address to the Democratic National Convention, nominally in support of Democratic nominee John Kerry. Obama took the stage as an unknown state senator from Illinois, delivering a powerful message that resonated with Americans so well that he became a political icon and household name; this speech gave him an edge in the subsequent 2008 presidential election when voters remembered the charming and energetic speaker as emblematic of the party’s future. His most famous line from that speech, noting that “there is not a liberal America and a conservative America, there is the United States of America,” maintains a palpable influence on modern American politics. Without the 2004 DNC – the ultimate defeat of Kerry notwithstanding –  who knows if Obama would have had the platform to run on in 2008?

Losing conventions takes an opportunity away from parties to organize themselves in person as well as removing a key opportunity for some politicians to deliver a memorable speech to a mass audience. The positives of a convention that are listed above are not guaranteed — they are both rare occurrences. Additionally, the change to a virtual format has exposed the expendability of conventions beyond any other year. The adaptation saved conventions for one more election cycle, but with viewership dropping from 2016, it is not out of the question to terminate them forever. Conventions could become just another tradition lost to time. Should they be left to that fate? Or is their price worth it to help unify a party?