USPS: A political pawn or American institution in distress? 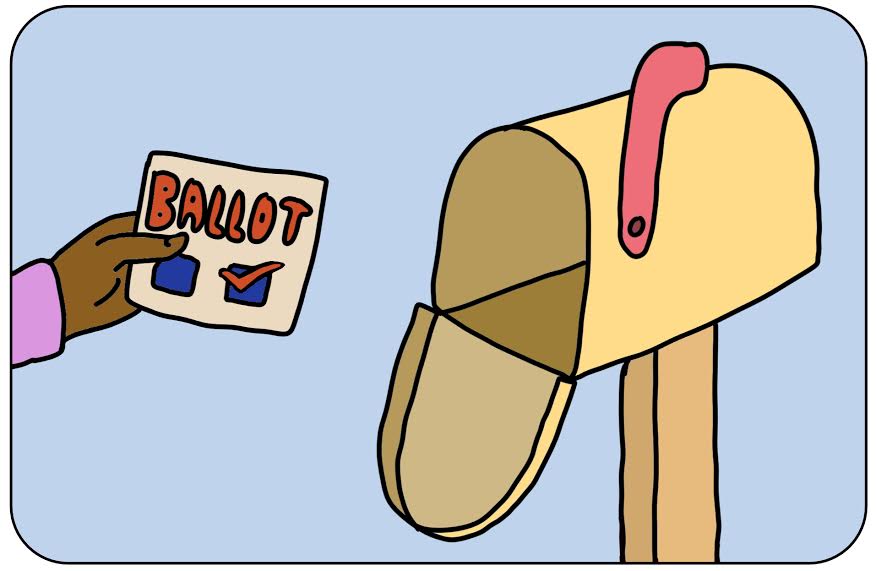 The chaos of the COVID-19 pandemic has created an unprecedented economic, social and political situation in the United States, completely upending long-established traditions of American life. Among these reconsiderations, the question of how Americans can vote safely has stirred chaos between the major political parties. With U.S. President Donald Trump denouncing voting by mail due to high levels of voter fraud, a shortage of funds and that it “for whatever reason, doesn’t work out well for Republicans” – everyone, except his voter base, is fearful that his stance on voting-by-mail is out of pure self-interest.

Beyond this political tug-of-war, the institution responsible for processing these mail-in votes, the United States Postal Service (USPS), has entered a financial crisis. Earlier this year, former Postmaster General Megan Brennan informed the House of Representatives that there has been a steep drop of over $13 billion in revenue resulting from COVID-19, and requested $50 billion be allocated to the USPS to modernize and save it from possible collapse. Needless to say, Trump was not in support; he claimed that the USPS relationship with e-commerce giant Amazon led them into this mess because they were not charging them fair prices. As of June 15, Brennan was replaced by major Trump donor Louis DeJoy, a questionable move for many reasons, not the least of which because DeJoy happens to own millions of dollars in assets in USPS private contractor XPO Logistics.

Under this change of hands, radical changes were immediately made — including prohibiting overtime, seizing certain standard operations and tightening regulations on drivers who are behind schedule. Immediately, the USPS was drowning in day-long backlogs of mail, raising questions as to if the USPS would even be able to cope with the millions of mail-in votes being sent for this November’s election. White House correspondents, addressing an overwhelming public concern, released a statement claiming that “any suggestion that Trump sought to slow mail delivery is baseless and absurd.”

Nonetheless, the administration and DeJoy have continued to solidify their stance throughout early August, even forming a lawsuit against Nevada for passing a law requiring all voters to be sent mail-in ballots. An astounding 23 post office executives have also been replaced in recent months. Further statements from the White House press conferences have appealed to the American identity, noting that “our system is not equipped for it, the Post Office is not equipped for it, and people should vote as they did in World War I and World War II” – an enigmatic, visceral appeal to ethos as these wars and the present times of COVID-19 do not share much in common. Confusion also arose on FOX News as Trump conceded that absentee ballots are not a point of issue or any concern regarding voter fraud, but mail-in ballots are. Trump has yet to clarify or provide adequate credibility to either of these statements.

Yet, the largest climax in this story lies in the removal of collection boxes at Post Office locations, where many mail-in-voting machines were shut-down and oftentimes fully disassembled. Reporting by The Washington Post indicated that the Postal Service had decided to “decommission” 10% of its sorting machines for no compelling reason. Matched with immediate public uproar, the USPS has agreed to not take any further action with these machines for 90 days while considering the needs of their customers. Although DeJoy has publicly claimed that he has no intention of interfering with the election, House Majority Leader Nancy Pelosi responded that “the damage has already been wrecked.”

As a reader, your political leanings will influence your view on Trump’s vow not to fund the post office. A Republican may see it as a natural businessman practicing laissez-faire principles on a dying, constantly financially-plagued independent agency of the federal government. On the other hand, a Democrat may feel personally attacked by Trump’s divisiveness and at what appears a blatant attack on our democratic institutions. Regardless of your affiliation, however, one must admit that USPS’s role in this election will have a long-lasting impact on American history and politics. The intentions of the people in power over this election are a deeply concerning black-box, and proper accommodations will need to be provided to voters to feel safe and have the freedom to practice the Centers for Disease Control and Prevention (CDC) guidelines without infringing on their ability to vote. These may be unprecedented times, but the precedent the American public sets right now will remain for elections to come.