Amy Coney Barrett has the credentials, but not the liberal beliefs 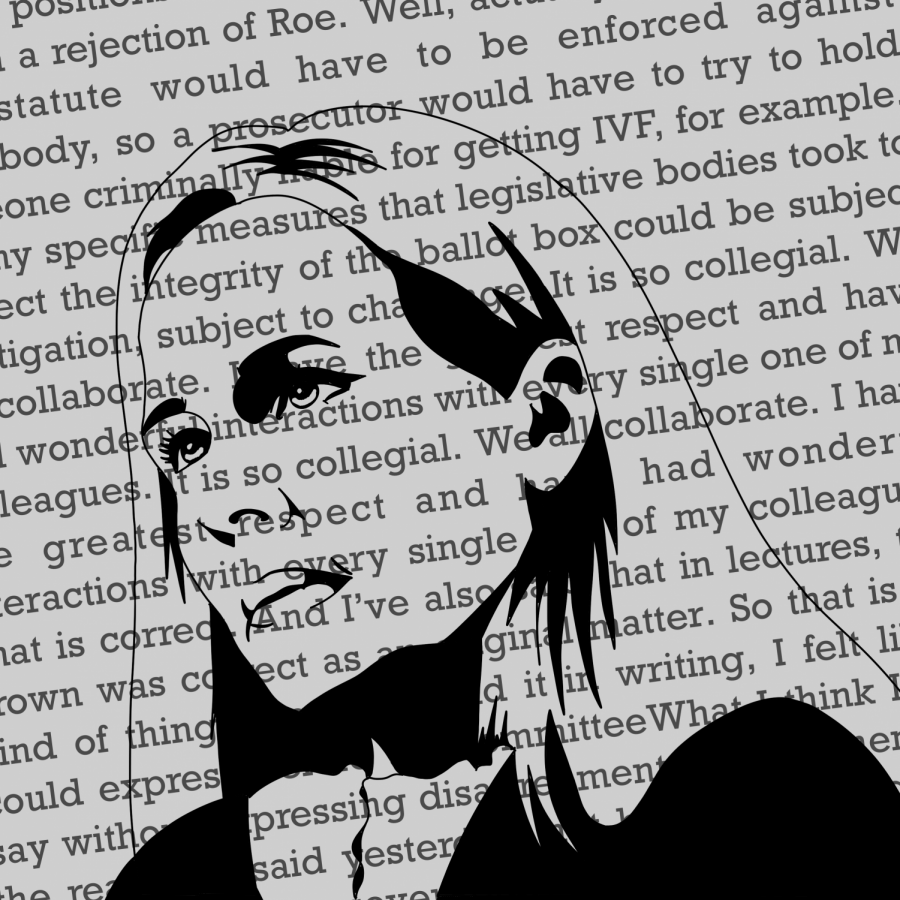 A critical vacancy was left on the U.S. Supreme Court in the wake of Supreme Court Justice Ruth Bader Ginsburg’s passing in late September. District Judge Amy Coney Barrett was hastily nominated by U.S. President Donald Trump only days after Ginsburg died. Angered by the expedited nomination, Democratic Senator Amy Klobuchar noted, “This is a sham. We should allow the winner of the election to pick the nominee.” Many share Klobuchar’s sentiments, believing that Trump’s nomination of Coney Barrett is premature, inappropriate and in direct defiance of Ginsburg’s last wish to “not be replaced until a new president is installed.”

The confirmation hearings stretched from Oct. 15 to Oct. 19 and were marked by contentious and divisive arguments from either side. The Judiciary Committee is set to vote on Barrett’s potential confirmation on Oct. 22, and she will need a two-thirds majority vote from the Senate to be confirmed as a U.S. Supreme Court Judge.

There has been much controversy over Trump’s nominee, particularly given there remains less than one month before the 2020 presidential election. Many people argue that Trump should have waited until the election results were finalized, while others believe that it is imperative to fill Ginsburg’s seat, especially in an election year where more people are voting by mail than ever before. Likewise, Republicans contend that the Democrats would have done the same if they were given the opportunity. Although I agree that it is disrespectful to the memory of Ginsburg, the empty Court seat should be filled quickly.

There is also no doubt that Coney Barrett’s long list of qualifications and credentials make her an exceptional candidate. She graduated at the top of her class from Notre Dame Law School and clerked for the late conservative U.S. Supreme Court Justice Antonin Scalia. She was indeed very well spoken and thoughtful during the hearing process, but I am skeptical about her readiness to serve on the Court fully and neutrally.

One notable moment during her questioning was when she was asked to recite the five freedoms protected under the First Amendment. Coney Barrett stated four of the five rights, neglecting the right to protest. While this mistake can be attributed to nerves or forgetfulness, this is a right that is essential to the functioning of our democracy. The fact that Coney Barrett overlooked speaks to her stance on America’s current racial reckoning. Many conservative lawmakers have issued new policies to “crack down” on violent protests. Critics have called these laws unconstitutional, meaning that there could be U.S. Supreme Court challenges if these laws are passed.

In addition, Coney Barrett did not divulge how she would vote on Roe v. Wade or the Affordable Care Act, but asserted that her personal Catholic beliefs would not interfere with her duties as a Judge. When asked about her stance on the monumental decision to legalize abortion, she said that “I don’t have any agenda” and that she would “not pre-commit to decide a case any particular way.” Although her answer was rather cryptic, this led many to believe that Coney Barrett would in fact vote to overturn Roe v. Wade if given the opportunity, as doing so aligns with her religious beliefs. She also did not give a straight answer when asked if she believed in climate change, a question posed by California Senator and Vice Presidential candidate Kamala Harris. Barrett’s indirect answer can be interpreted as a denial of climate change, or at least the urgency of action in response to it.

Although I personally may not agree with some of Coney Barrett’s views, including her stance on abortion or climate change, I do not think she is as terrible as the media has portrayed her. That is not to say that I think she was the best candidate to take Ginsburg’s spot, but I do think that she deserves credit for her accomplishments and the grace she has displayed throughout the hearing.