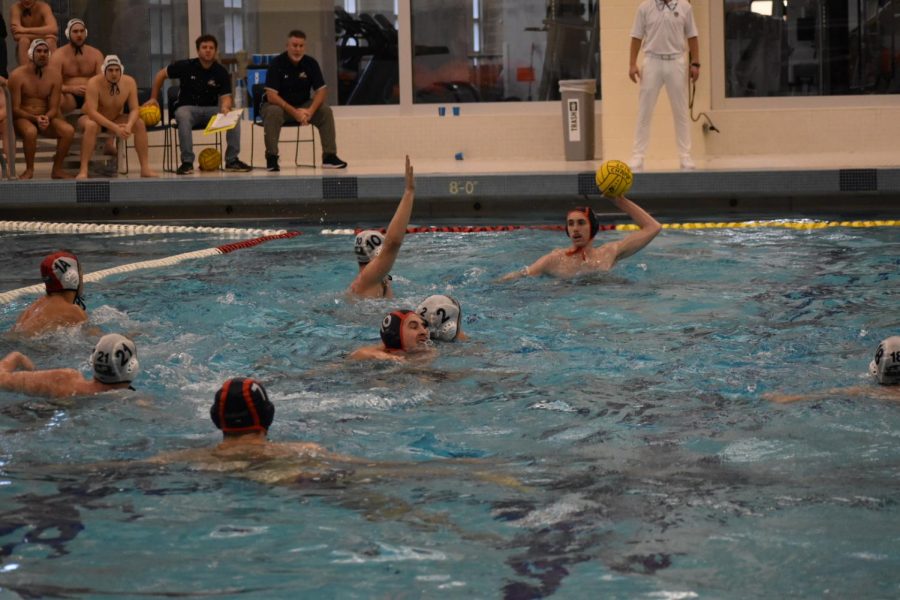 The Bison men’s water polo team is looking to make a splash at their first competition since their last appearance in the 2019 NCAA quarterfinals, where they ultimately lost to the University of Southern California. After getting their 2020 fall season cancelled, the team will get a second chance to play this spring semester against select teams in their conference. They are set to kick off this weekend on the road against Navy and George Washington University. On Saturday, Feb. 13 at 2 p.m. the Bison will face the Midshipmen and at 7 p.m. they will face the Colonials.

The Orange and Blue were selected as the favorite in the Mid-Atlantic Water Polo Conference by the CWPA after coming off one of their most successful seasons in program history. They are currently tied for ninth with Loyola Marymount in the winter 2021 Men’s Varsity Top 20 preseason roll. The team finished 10th in the final poll last season with a 23-9 record. The Bison will be the only team not from the state of California to be included in the top 10.

Although the Orange and Blue have lost some strong seniors in the class of 2020, including Rade Joksimovic, Logan Schofield and Cooper Dolan, the Bison have some strong players returning to their lineup.

Senior and team captain Jared Stanley is among those returning and has been a big contributor for the Bison during the past three years. Stanley started in all 32 games in the 2019 season, scoring 44 goals, adding 16 assists and contributing 19 steals. In addition to Stanley, goalie Adrien Touzot ’23 will also be returning for the Bison. Touzot helped the team tremendously in the cage last season with 250 saves and a .569 save percentage. He’s looking to make even more game-changing saves in his second season.

Attacker Andu Vlasceanu ’24 will also be returning for the Orange and the Blue after making quite an impact during his freshman season. Vlasceanu was named MAWPC Rookie of the Year after scoring 68 goals, adding 38 assists, and was named Rookie of the Week three times throughout the 2019 season. He appeared in all 32 games and was named to the MAWPC Second team.

“We are excited to have a second chance at our season. We’ve been working hard in our preseason these past few weeks hoping to come out strong this weekend in our first couple of games. Navy and George Washington are two great teams and hopefully we can get two road wins to start off the season,” Stanley said.

The water polo team will be one of the first of the fall sports getting their chance to compete in the spring semester season, and they will look to come back to campus undefeated after two road wins against Navy and George Washington University this weekend.