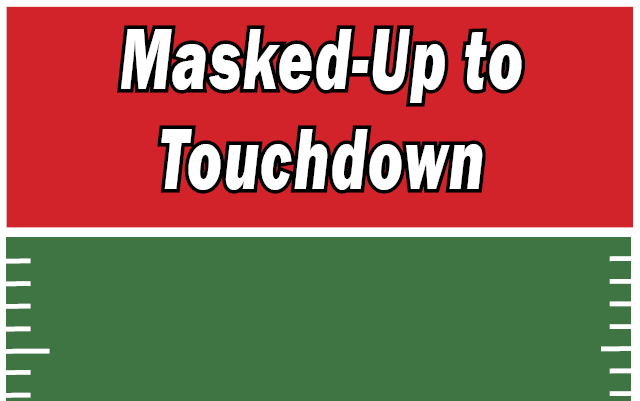 Last week was the first Sunday of February, meaning it was Super Bowl Sunday. As we had anticipated the 55th annual game of the National Football League (NFL), there was another pressing factor on everyone’s minds this year – the COVID-19 pandemic. Over the past year, the United States has been in an ongoing battle with the virus; and, while we are many steps further than we were back in the fall, COVID-19 is definitely not gone. Many U.S. citizens were worried that this annual event would serve as a superspreader event and cause yet another surge in the number of positive cases across the country. Hence the Super Bowl, like all other organizations and occasions, has had to scale down and adapt to health guidelines.

This year, the game was played at the Raymond James Stadium in Tampa, Fla. — home to the Tampa Bay Buccaneers, one of two teams competing in the game. While the stadium typically fits about 65,000 people, only 25,000 tickets were sold this year; with the capacity capped at about 38 percent, those who did attend the game were given plenty of space and distance from others. Among these fans were 7,500 vaccinated healthcare workers who received free tickets from the league. Despite this limited capacity, the stadium seats did not appear as empty thanks to the cardboard cutouts that were scattered between the fans. These cutouts — featuring fans, former NFL players, and celebrities — were part of the more creative measures taken to ensure safe behavior. Fans were also required to wear masks during the entirety of the game and stay six feet apart at all times, which were stated by ample signage and regulated by officials.

While the fans could be masked and distanced, this wasn’t so possible for the players, with football being a contact sport. To address this issue, players, coaches and members of both the Buccaneers’ and Chiefs’ staff were tested for COVID-19 daily during the entirety of the NFL season since both teams qualified for the Super Bowl on Jan. 24. Any individual who tested positive was required to stay isolated from their team for a minimum of ten days. Neither teams registered a positive test for three weeks prior to game day.

To further limit interaction between the teams and the public, changes in the typical Super Bowl itinerary were made: interviews were conducted virtually and travelling was cut down to reduce the amount of time spent in Tampa.

Essentially, other than the game itself, almost everything else about the Super Bowl looked different this year.

The largest concern surrounding the COVID-19 related risks of Super Bowl LV, however, was not located in Tampa but in the individual homes of fans around the country. This annual game is more of a social event, notorious for inspiring parties and large gatherings for so many different crowds. Whether you are a religious football fan, a fan of the halftime shows, or just an aficionado of the wings and dips, Super Bowl parties have always drawn large crowds in the past — especially at college.

“Usually being able to watch football on Sunday, especially the Super Bowl, with my fraternity brothers is one of my favorite things to do, but COVID has really put a strain on our abilities to spend time with one another safely. I still watch football religiously, but seeing empty stands on the TV screen makes me feel bad for the players, who are still working so hard to win! It was funny to see that the Super Bowl had cardboard cutouts of fans, but it’s just not the same,” Rob Waltzman ’21 said.

Renne Venico ’22 also shared that “watching the Super Bowl was definitely different this year, especially with the state of our campus right now. Usually I would watch the game with a big group of friends, but this year I watched it with just my roommate and didn’t feel the same amount of energy and excitement. Events like this really highlight how the pandemic has made socializing so difficult for the sake of safety.”

As of Sunday, the University is not only experiencing the national effects of the pandemic but we are also in the midst of a campus-wide lockdown in response to a high number of positive cases. With all of the restrictions and limitations — both with the Super Bowl itself and at the University — the difference of Super Bowl Sunday this year was definitely noticed, but the fandom and the energy was not missed.