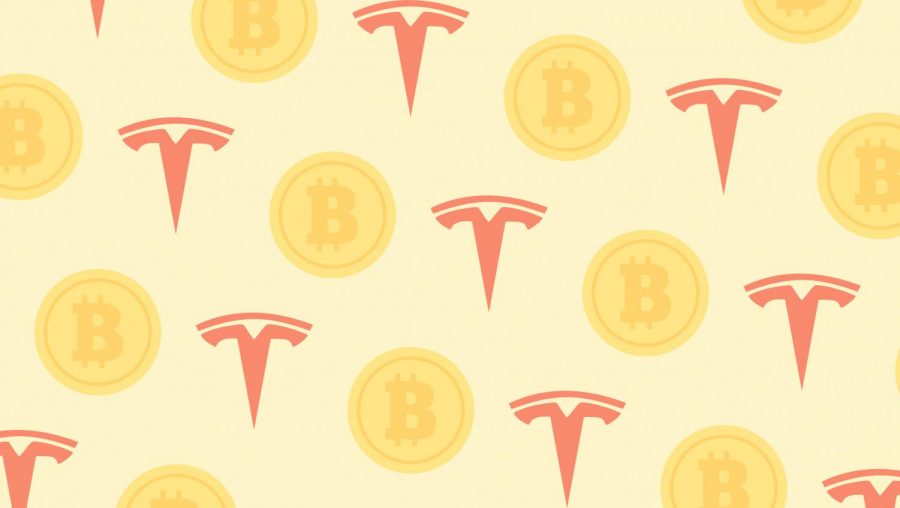 Elon Musk, CEO of SpaceX and the all-renewable automobile brand Tesla, invested $1.5 billion — 15 percent of Tesla’s cash reserves — into Bitcoin, and has subsequently heavily promoted use and purchase of the cryptocurrency on social media and elsewhere. This news raised major controversy around the CEO’s unprecedented move into the cryptocurrency market; while Musk has developed a reputation for brazenness and trenchancy, the investment may be also indicative of the thinking that made him one of the most influential men today and why, to many, he is seen as a true visionary. Bitcoin, a cryptocurrency independent of any institutional financial or sovereign backing, has become an increasingly popular investment for veteran investors and day traders alike, despite its inherent instability of value. So, why did Elon Musk look to invest in a currency that fluctuates so wildly and offers no guarantee of protection from collapse? Tesla reported on their SEC filings they invested because Bitcoin offered “more flexibility to further diversify and maximize returns on our cash.” Seeking to distance themselves from the Federal Reserve’s low interest rates, Tesla certainly aims to gain exposure to an investment that will grant the company more purchasing power. Most importantly, it will grant them liquidity for when the company begins to accept Bitcoin as a form of payment for their automobiles — a move Tesla formally announced contemporaneous with their initial investment. Musk’s entrepreneurial and innovative spirit is pushing the company to accept Bitcoin as a means to make their cars more accessible and easier to purchase.

Nonetheless, the decision and investment was still met with heavy criticism. Marketed as a green brand, Tesla’s pivot furrowed many eyebrows in the environmentalist community by announcing they would be accepting Bitcoin. The cryptocurrency operates by incentivizing users to authenticate transactions for free Bitcoins, known as ‘Bitcoin mining.’ However, this authentication process uses up a substantial amount of energy — a recent analysis by Cambridge University suggests that global ‘mining’ efforts use up more electric energy than the entire nation of Argentina — and has detrimental effects on the environment. Shareholders and customers alike are taking this as a deep betrayal of the brand image which made Tesla unique: an answer to climate change and the wasteful gas automobile. It did not help that, after the Bitcoin announcement, Musk additionally reported that Tesla will no longer be matching 401k retirement contributions. This announcement caps previous backlash against Tesla for its treatment of employees, with some questioning if the release of this cut at the same time of the investment was to save face or distract from Tesla’s growing contradictions as a company.

Tesla’s investment has already been matched with a two percent growth in its shares. After releasing a number of tweets promoting Bitcoin, Musk’s account has been flagged by the SEC for market tampering. The CEO was previously charged with fraud in 2018 by the SEC for attempting to sell Tesla stocks at $420 per share. Nevertheless, many investors are pushing Bitcoin at a strong buy as the hype over its many unique features continues. Other Fortune 500 CEOs are expected to follow suit, creating a spiral of increased expectations that could lead to an uncertain future. Bitcoin enthusiasts suspect this will result in a domino-effect of investments, as well as make Bitcoin a more commonly accepted form of payment — one so commonly used that you could buy a Tesla with it.