Shocking truth about COVID-19 vaccination that the government won’t tell you! 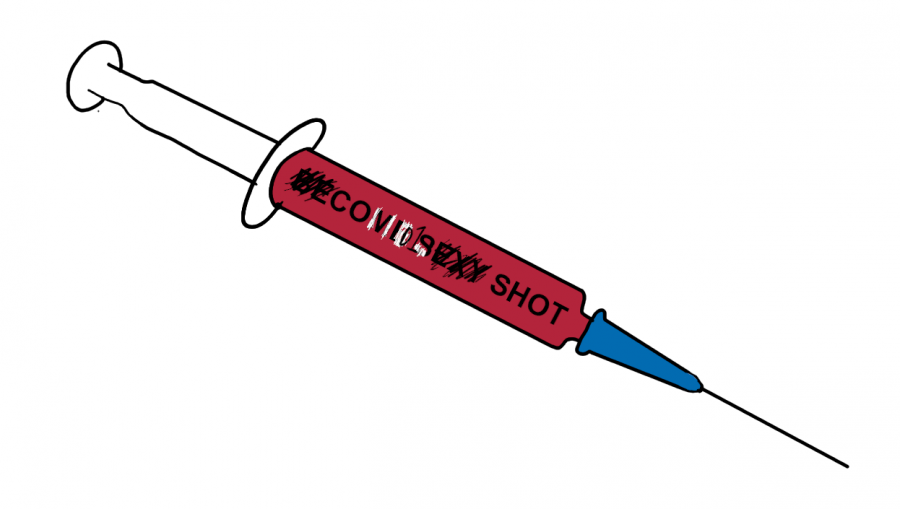 U.S. President Joe Biden recently announced an ambitious plan to open up vaccinations to all American adults by May 1, but there are a few things you should know before making that appointment. Reporters with the Bucknellian have uncovered some shocking side effects from the Pfizer, Moderna, and Johnson & Johnson vaccines that the Mainstream Media is failing to expose.

Pam Demic, a 21-year-old University student and self-proclaimed Sig Chi Sweetheart, received her first dose of the Moderna vaccination last week. “When people said one of the side effects was getting hot, I thought they meant a fever,” Demic explained through dainty tears. “But I’m, like, irresistible now — I mean, even more than before, if you can believe it. But I never would have gotten the vaccine if I had known this would happen. Guys won’t stop Snapchatting me, and my roster is already too complicated to handle.” She worries the side effects will only become more extreme upon the second dose and is preparing herself to move to New York to pursue a modeling career when she is inevitably offered a contract.

The Bucknellian sends our condolences to both Demic and the men on her roster. This must be a tough time for all involved, but could have easily been avoided if Tony Fauci had any verity in him.

Another student, Cory Ona, class president and member of the Sigma Chi fraternity (also claiming to have never met Demic in his life), had a tragic experience after receiving the single-dose Johnson & Johnson vaccine. Ona took us through the events following the shot. “I woke up the next morning, and something just felt… off. It was subtle at first, like showing up to my class on time. Then, before I knew it, it manifested itself into more drastic actions — doing yoga, getting sober, being nice to people, getting great grades.” Ona, horrified by the implications of his experience, explained “I’ve become a social outcast. I’m now just better than everyone else around me. I wish I could go back to just being a normal, laidback, mediocre guy, but this vaccine has completely changed me.”

In lieu of concern for him, Ona is asking people to raise awareness for others who really need it. His selflessness is nothing close to the horrors of Demic’s heightened attractiveness.

These interviews are shocking to say the least, but our reporters are dedicated to the truth. We are now filing a lawsuit against Moderna, Pfizer, Johnson & Johnson, and the CDC demanding the tell people the truth: don’t get the vaccine unless you want to be a better, hotter version of yourself.