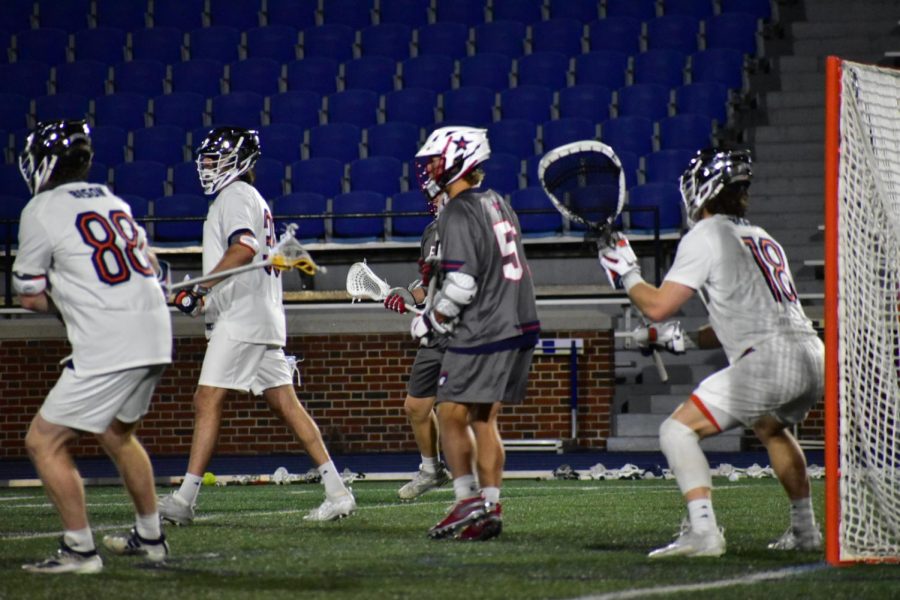 The Bison men’s lacrosse team suffered a tough loss to Robert Morris University on Friday night in non-conference action at Christy Mathewson-Memorial Stadium. The Bison slip to 2-5 overall for the season, with a 1-4 record in Patriot League play.

In a tight, back and forth defensive battle, the Bison found themselves trailing by three goals at the end of the third quarter. A late-game flurry led by Dutch Furlong ’24 (2g-1a) nearly forced the game into overtime, but the Colonials were able to eek out the win.

Defense for the Bison was anchored by Bryant Boswell ’21, who caused three turnovers and picked up multiple ground balls throughout the contest. Alston Tarry ’22 recorded three goals, while Jack Feda ’23 and Tanner Germain ’22 each had one to round out the scoring for the Bison.