Senior who excelled in the arts: Kelvin Adjei-Akosah 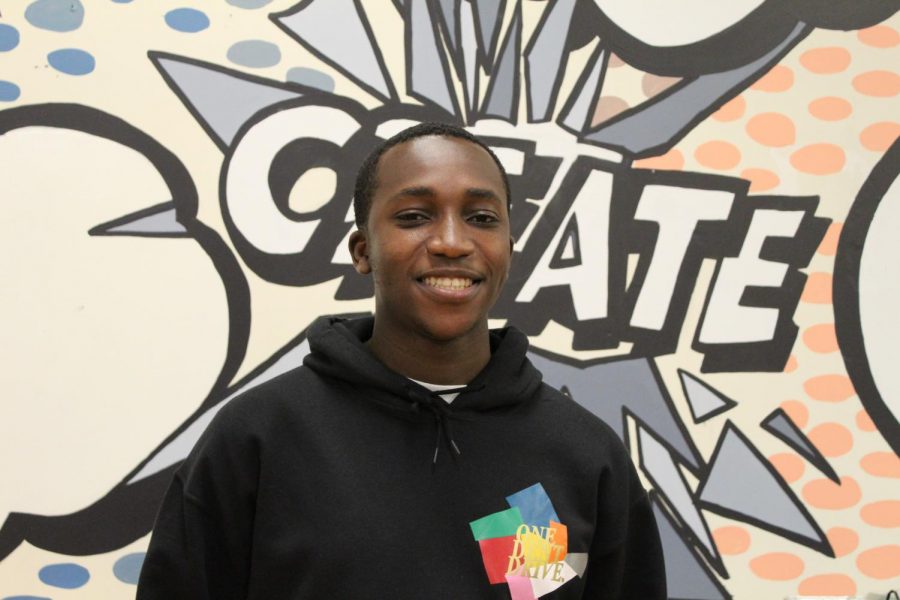 Amidst all the pressures to conform that exist at Bucknell, Kelvin Adjei-Akosah, a Studio Art major from Boston, has cut his own path and successfully carved a niche for himself that has made him well-known across campus. In his time at Bucknell, he has developed his artistic and creative skills and become a uniquely talented artist-activist.

Though some may not know Kelvin, they would certainly recognize him or his work. As a photographer for nearly every major club and event on campus, his photographs are located in the Langone Center Mall and the Bison. They are frequently used by the University, advertising the school’s various activities and programs. For Kelvin, being behind the camera is different than it’s often perceived, “some people say that they would rather be in the moment than capturing the moment, but I think that capturing the moment is being in the moment.” He continued, “being able to take photos has given me the opportunity to meet people and go places I wouldn’t otherwise have had.”

The ability to both participate in and record moments carries into Kelvin’s other experiences on campus. In addition to his work as a photographer, Kelvin works at the Makerspace, helping students make art, and has developed a clothing brand, “One Dent Drive.” “One Dent Drive is an alternative to the other Bucknell merchandise,” he said, “I know a lot of people, like myself, were kind of sick of seeing all the orange and blue, but still wanted to show our school pride.” One Dent Drive fills that niche and captures Kelvin’s nature well: relaxed, cool, and understated. Since its creation, the brand has grown in popularity and is one of the things he is most proud of, “it’s one of the things that I thought of and implemented,” he said, “it’s big for me because I see people on campus wearing it and I think to myself, ‘I did that’.” For Kelvin, this “get up and do it” mindset was cultivated while studying abroad in London in the fall of 2019, amid widespread protests advocating for government intervention into global warming. While there, he took a course on sustainable cities that helped him to develop his activism, “seeing it on Instagram versus actually being there and seeing people fighting for this made me think about how I contribute to the problem and how we can work to address it.”

Kelvin’s artistic endeavors stretch well beyond photography and clothing design; for his senior studio art project, he created a collection of hand prints that reflect on some of the significant issues our world faces today. Covering topics like the COVID-19 Pandemic and food insecurity on campus, the prints are striking in their intensity. When asked why he chose hand prints rather than other forms, he spoke of the universality of signals, “words and written language aren’t universal, but hand signals and our movements avoid this barrier entirely.” The prints are on display on the third floor of the Elaine Langone Center this Friday and Saturday from noon to 5:00 PM.

When asked what advice he would give himself four years ago, he replied, “shoot your shot, don’t wait for things, there is no perfect time.” It is this sentiment that he says will guide him through future endeavors and projects.