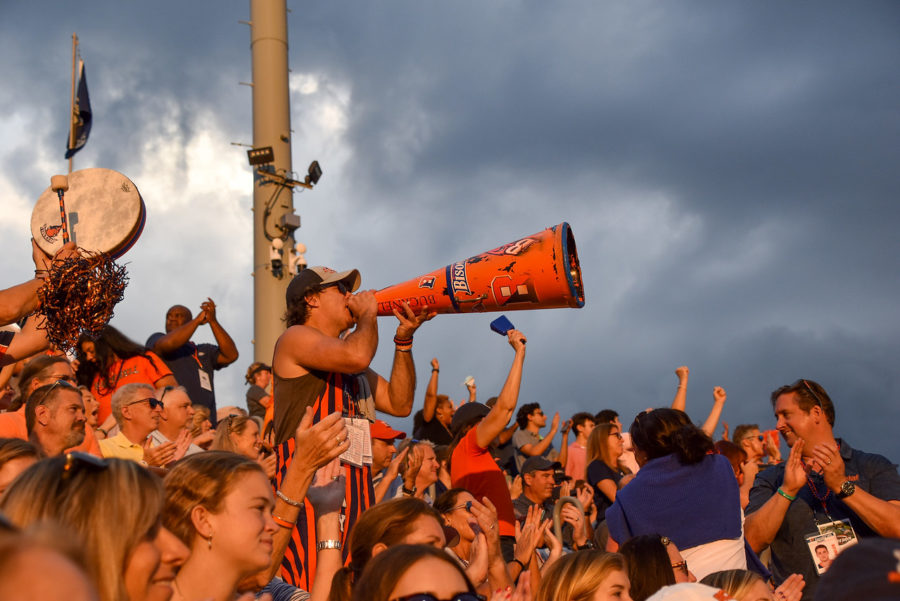 This past weekend, it was hard to miss the infectious energy throughout campus as parents and families visited from all parts of the country.

The total registration for this year’s activities reached nearly 4,000 people including students and their families.

For many students, this last month has been filled with new adventures and challenges as many first-years adjusted to life away from home. Now, with a month of college classes and activities under their belts, there was visible excitement to share their new home with loved ones during the University’s annual Family Weekend.

The weekend festivities began Friday evening, during the Family Dinner, located under tents near the Christy-Mathewson Stadium. The buffet-style meal was a lively reunion complete with a drink station, music and a popular photo area where families could green screen themselves in front of the University’s most iconic buildings and landscapes, such as the Bertrand Library and the Malesardi Quad. To remember the event, families were given a snow globe with their photograph inside.

The Downey family from Allentown, Pa. said that their most memorable experience from the weekend was watching the first-year play and seeing their daughter Sarah Downey ’25 perform.

The festivities did not slow down as they rolled into the Bingo Brunch on Saturday morning. This event was filled with prizes for the families and provided a great opportunity for the campus community to socialize with one another.

By midafternoon, Christy’s A Cappella Concert commenced in the Weis Center for The Performing Arts. At Christy’s, the audience enjoyed the performances of four of the University’s a cappella groups: The Offbeats, Beyond Unison, The Silhouettes and Two Past Midnight.

This long-standing University tradition featured songs ranging from a calming arrangement of “Malibu” by Miley Cyrus to the singing of Stevie Nicks’ rock sensation “Edge of Seventeen.”

Excitement lingered in the air as the evening tailgate and football game against the University of Pennsylvania approached. Orange and Blue spirit covered the stadium as families celebrated not only the team but the first responders, healthcare workers and military members in the audience.

Following the game, an impressive fireworks display served as the finale of the weekend’s events.