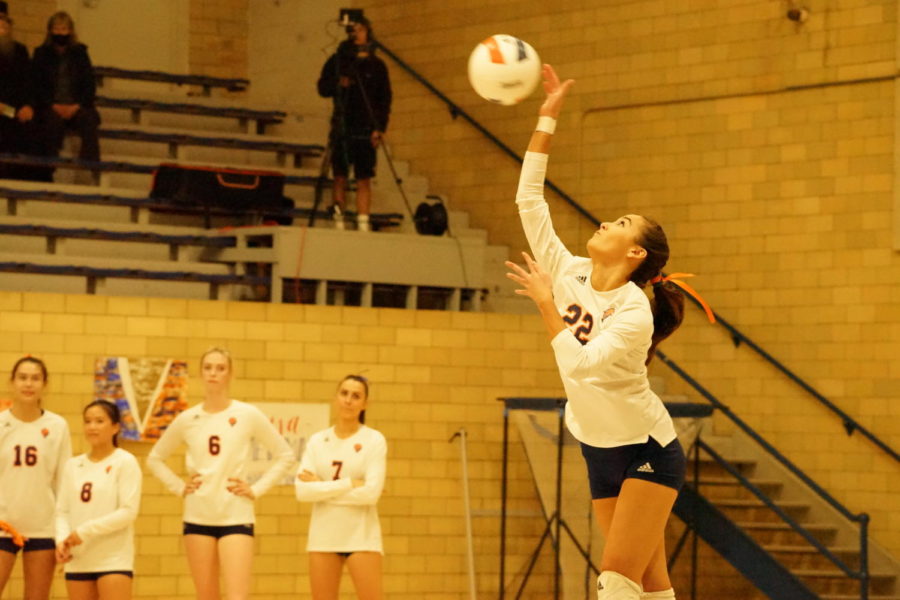 The Bison women’s volleyball team had a mixed bag of results this past weekend, winning one and losing one. The Bison battled hard for a 3-2 win against Lehigh on Nov. 5 but lost 3-0 to Lafayette on Nov. 7. They now stand at 7-17 overall and 3-12 in Patriot League play so far this season.

On Friday, the Bison battled hard against Lehigh and managed to emerge with a 3-2 victory in their final home match of the season. This win snapped a seven-match losing streak against the Mountain Hawks. The Bison were able to rally after losing by double digits 15-25 to win the next set 25-22. Sets two through four were all decided by three points or less and were clear indicators of how evenly matched the two sides were. In the fifth and final set, the Bison went on a 4-0 run to win the set 15-10 and win the match 3-2.

Three players for the Bison posted double-digit kills including Jennie Burke ’22 who had 15 kills, eight digs and three block assists, Lisa Zoch ’23 who had 15 kills and Libby Nieporte ’24 who had 13 kills. Libero Jordan Hardy ’25 had a career-high 38 digs and finished six shy of the Bison single game record. Sandra Korusiewicz ’23 and Amanda Tesserot ’25 were the other Bison players in double-digit figures for digs.

In their second match of the weekend, the Bison fell to third-place Lafayette by a score of 3-0. The Bison were unable to overcome the Leopards’ .296 hitting percentage. The Bison came back from an early 9-5 deficit in the first set to take a 15-13 lead. The Orange and Blue had set point at 24-23 but were unable to capitalize and ultimately lost 26-24. In the ensuing two sets, the Bison were unable to overcome some large runs from the Leopards in each set and lost 18-25 and 11-25.

The Bison were led in kills by Nieporte (11) and Burke (6). Burke also had four block assists. The Orange and Blue were ultimately held back by 19 attack errors and a .126 hitting percentage in the match. Other key performers for the Bison were Sarah Ramirez ’24 who had 20 assists and Hardy who had 12 digs.

The Bison will conclude its season on Friday Nov. 12 on the road against Loyola. The match is set to start at 7 p.m. and will be broadcast on ESPN+.