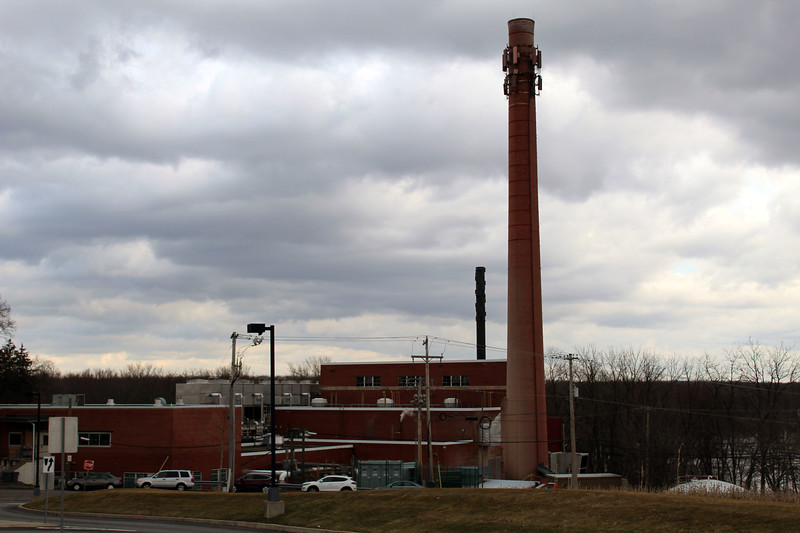 Nearly three years ago, over 900 members of the University’s community signed a Letter to the Editor directed to the administration out of concern for the campus’ efforts within sustainability. The letter, spearheaded by Department Chair of Environmental Studies & Sciences Andrew Stuhl, illustrated both the immediacy required in responding proactively to an ever-worsening climate, as well as “the responsibility that [the University] has in doing its part to mitigate the existential threat of the climate crisis”. The letter’s demands were clear, centered around a perceived vice that continues to plague the campus: the cogeneration (“cogen”) plant that has served as the University’s primary source of energy and heating following the transition from coal power in 1997. The signers asked for a reevaluation on “how we consume fossil fuels on campus”, as well as the shutting down of “the fossil-fuel cogen plant and building alternative sources of energy by 2030”.

That was in 2019. In the years since the demands have been vocalized, the University has promised much and attempted to deliver on its commitments, though faculty and staff members will admit to the impediments placed by the prioritization of funds and the particularly perpetual roadblock that has been the COVID pandemic. As noted in the Fall 2020 Sustainability Plan, the campus’ sustainability working groups were forced “to go remote, thus minimizing operational and some tactical aspects of campus sustainability.” Victor Udo, the Director of Campus Sustainability, noted the enthusiasm from students and faculty for the newly developed working groups, a passion dulled by the enduring pandemic. “Because of the priorities of COVID, everybody was overwhelmed,” Udo said, an indication of a temporary reallocation of emphasis for the University concerning its efforts towards carbon neutrality.

But the University has seemingly remained firm on its obligations despite setbacks, thanks to initiatives that began even before the impassioned Letter to the Editor. For instance, the President’s Sustainability Council was a group initiated by President Bravman, a collective of concerned students, faculty and administrators. Since 2015, the Renewable Energy Scholars have collaborated to provide the campus with a more holistic understanding of the path towards sustainability. The Green Fund “provides start-up money for sustainability projects that are proposed and implemented by students, faculty and staff.”

The Fund itself is indeed an ambitious program, a practically “sustainable” operation of allocating savings from accomplished projects back into the program. The last project, a proposal for Affinity House Hand Dryer Installations, resulted in 21 hand dryers being installed across campus. Yet while 37 projects have been completed, many of which are student-led, and just over a million dollars have been saved in part due to this operation, there are no projects currently funded or in progress.

What is ultimately clear is that, between the many programs and operations, there is plainly no shortage of ongoing efforts from the University to reach its lofty goals of carbon neutrality and a helping of committees dedicated to doing so. The Solar Farm is but another example of the campus’ sustained dedication to renewable energies; a year after the plan received approval from the East Buffalo Township Board of Supervisors, the University’s Solar Farm will reach completion in April of this year. The fruits of this labor, according to Associate Professor of Electrical Engineering Peter Jannson, will be a renewable form of energy that “will cover about ten percent of the campus’ electrical needs”.

But while Jannson, who is the Faculty Director of the Bucknell Center for Sustainability & the Environment, acknowledges proudly the remarkable achievements of the campus’ efforts towards renewable energy, he too recognizes the steep hills ahead yet to be conquered. While the technologies to achieve such dramatic measures for improving the campus’ sustainability are not novel, they have yet to see meaningful applications on campus. “It’s just what’s a good schedule for Bucknell, and when those things should happen,” Jannson said. Many of the lights on campus, Director Udo noted, are LED-based. The Academic West building is a platinum operation, according to standards set by the Leadership in Energy and Environmental Design.

While Udo does not agree with there being a conflict between the University’s struggle to achieve carbon neutrality and its desires to expand the campus, he did observe that “there is always a trade-off when you are limited by cash, so you have to prioritize.” According to the campus’ 2017 Master Plan, the changes made to environmental regulations necessitated some decommissioning of existing chiller capacity. “A new chiller plant is required as soon as possible,” it reads. “in order to minimize risk to the campus and to support the potential development of major capital projects, including Academic East and the COM building.”

Udo also acknowledges the efforts of leveraging finances while achieving sustainability. “Look at for instance the 1.6 megawatt solar farm we are installing. We leveraged our land, we didn’t have to put our capital up front, we didn’t have to touch our budget.”

Yet a glaring concern remains that has not yet been abated since Letter to the Editor in 2019: the decommission of the cogeneration plant. Carbon neutrality is an ambitious goal the University remains steadfast in reaching by 2030. But a plan to shift away from cogeneration in the next several years is not currently in the cards, not even to fulfill the campus’ sustainability promises. Professor Jannson acknowledges “that the next steps are electrification”, a route that would not be unique to the University. Other campuses have already transitioned into a far more environmentally-friendly method of powering their university; Stanford is one such example that Jannson observed, a university that accomplished such an innovation seven years ago. According to their campus, Stanford’s “comprehensive new system” is one that “eliminates 150,000 tons of carbon dioxide annually.”

It would be impractical to expect the University to shut down the cogeneration plant in just a few days, yet Director Udo foresees a lengthy future wherein the energy operation maintains its presence on our campus. He predicts that the cogeneration plant would still “have at least twenty years of life left,” a deflating reality that may serve as a disappointment to the hopeful signatories of the Letter to the Editor. Yet Udo is insistent that the cogeneration plant is not the vice that it has often been touted as. “The problem is not the cogen,” the director argues. “It’s the carbon. So if you could find a way to reduce the carbon on-site, or offset it, that’s the way to go, in my opinion.”

The potential to rely on paying off a carbon “debt” through offsets, one that might allow the University to reach its carbon goals sooner, is a tremendous opportunity that many other campuses have sought out along their own paths towards sustainability. Professor Jannson admits that “we could reach carbon neutrality next month, if we wanted to pay for the offsets,” a sentiment that Udo reciprocates. Yet while the director recognizes the possibility of relying on offsets in order to reach the campus’ goals sooner, he insists that the University’s priorities lie elsewhere. “We don’t think just buying offset is the way to go. We think we want to reduce as much [as possible] to reach efficiency. We want to use as much renewable energy as possible.”

It is an admirable effort, one that intends to entirely reform the University’s campus into one that relies wholly on renewable energies and sustainability practices. But these long-term ambitions, however noble, do overlook the relatively short window afforded to us in the battle against climate change, a global concern largely of our own making. The Letter to the Editor acknowledges the potential necessity of relying on carbon offsets as a method of achieving neutrality, as well as the rising costs attributed to them that may be an unfortunate economic reality in the near future. “Additionally, the finances on offset credits are rapidly changing; soon it may be more costly to pay for offsets than to shift our own fuels to on-campus generated renewable sources.” The costs of purchasing carbon offsets varies depending on the type of project, but projections estimate surges of these offset costs, tenfold in 2030 to potentially fifty-fold by 2050.

Eight years is not a particularly long time when considering the necessity for more immediate measures to combat climate change. Short-term remedies are critical not merely for the sake of meeting the University’s ambitious goals, but to also preserve a hospitable climate for the next generations. Yet Director Udo believes instead that the campus’ priorities should remain focused on current efforts, rather than potential offsets. “We are positioning ourselves so that, come 2030, we could be able to offset what we were not able to reduce through efficiency and renewable energy.”

Combating climate change is not merely an individual concern or even a woe for a single campus. Rather, it must be addressed through an international or even global level of collaboration. Udo briefly mentioned a proposed partnership with Goldman Sachs to produce offsets in Africa, a preliminary plan that the director was reluctant to divulge much further on. Yet Professor Jannson clarified that the proposal might be where “Nigeria and Ghana and some of the West African nations could become sources of carbon sink for the whole planet” through growing bamboo. A successful partnership such as the one currently being developed could help the University develop a reliable method of offsetting carbon and reaching their lofty goals without shutting down a cogeneration plant they may still deem reliable twenty years from now. Even if our carbon emissions are not wholly eliminated, external means may allow for the University’s promises to be met by reducing a similar amount of carbon present elsewhere.

Carbon neutrality is a goal that few other campuses can boast achieving: only ten academic institutions across the country have managed to reach their goals for true carbon neutrality, with Allegheny College being both the most recent to earn this elusive achievement as well as the first campus in Pennsylvania to have done so. The next steps forward for our own campus, Udo and Jannson believe, is an adherence not merely to current practices, but also to engage the student population even further. “My office is actually mostly manned with students,” Udo said. “And so we want students to be emerged, understand all the intricacies of sustainability, and become sustainability leaders.” Professor Jannson insists that impassioned students will be the ones to accelerate the process of sustainability, a fervor that he believes the administration will positively respond to.

“Part of our goal is to enable students to realize that while you are learning how to make the world a better place,” Jannson said. “You can actually be doing it.”