“Two Different Kinds of Bucknell Experiences”: The Ever Rising Costs of University Tuition 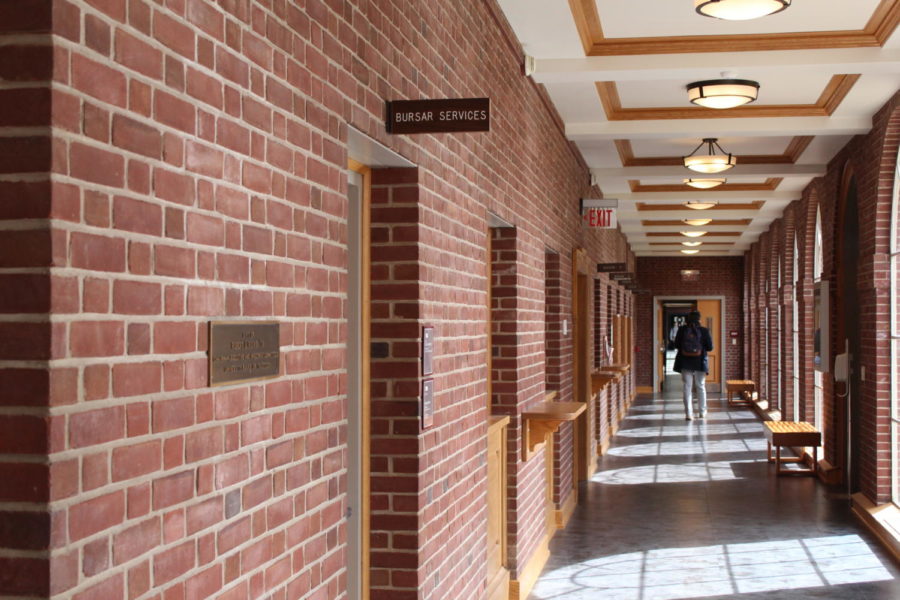 Earlier this month, President John Bravman released a statement notifying students and parents of yet another rise for the University’s already-steep tuition. Two years after the campus froze academic cost increases as a result of the then-novel pandemic, and one year after the price rose by a mere 2.75 percent, the cost of tuition for the 2022-2023 academic year will rise to $61,408. This represents a 3.25 percent increase over the previous year, and one that seats the University comfortably among the most expensive schools in the United States.

Yet Eileen Petula, Vice President for Finance and Administration, insists that such a fiscal move is truly “sensitive to cost pressures.” According to Petula, the rise in cost over the past year’s tuition constituted “one of the smallest annual increases in more than 10 years,” arguing that the fiscal change accommodates the “necessary investments in its people, its programs and facilities.” President Bravman himself noted the seemingly effective utilization of tuition funds, highlighting areas of campus progress such as opening Holmes Hall, unveiling a solar array and promising to “install a new athletics practice field near the stadium.”

This most recent tuition increase is part of a dizzying trend for the University that, like many other private institutions, has secularly grown in price. Since 2012, the campus’ academic cost has risen over 31 percent, increasing every year since with a brief suspension during the COVID-19 pandemic.

The pandemic has presented several notable hurdles for the University, prompting harsh social and economic restrictions and decreased levels of spending in most areas of the school’s budget. Since the pandemic’s inception, the University has been quick to adhere to official safety protocols to combat the spread of the coronavirus, efforts Petula notes for the period “between March 2020 and June 2022, are projected to surpass $18 million.”

It is no surprise that despite the pandemic being far from over, the University has quickly resumed its tuition rising practices to offset its many expenditures and net losses in the two prior years. These were naturally compounded by the tuition freeze of 2020 – though Petula admits there were still “increases to student fees, room and board,” despite it serving as a year of ostensible financial reprieve to students and families reeling from an unpredictable pandemic.

Yet even if the pause on tuition increases in 2020 were to have endured through the present day, the University’s academic costs would still rank as one of the most expensive in the country. According to the National Center for Education Statistics, the average tuition price for private, four-year institutions reached $36,700 in 2019. Including minor activity fees, the University’s tuition in 2019 cost over one-and-a-half-times that, at $58,196.

But the concerns over mounting tuition prices for higher education are not limited to the University alone, even if it is among the worst offenders. During a period in which a third of workers are making less than $31,000 a year, the prospects of higher education for hopeful students continues to be a rather distant possibility.

This severe departure from the national average indicates a dissonance between the demands of the campus and the resources available for prospective students and families that may wish to attend. This divide may be mitigated through more significant efforts to distribute financial aid, an area in which Eileen Petula is quick to vaunt the University’s achievements. She stated that “financial aid is the single-fastest growth area in the budget, increasing more than 11 percent between the 2019-20 and 2020-21 fiscal years.”

While Petula noted that “the University has set a goal of achieving a discount rate of at least 35 percent by the fall 2025 and is on track to exceed that goal”, U.S. News & World Report says that there remains a glaring eight percent gap between demonstrated student financial need and what the University actually provides.

The campus has acknowledged in the recent past its failings in meeting the needs of its students, particularly when compared to peer institutions. According to the University’s 2019 The Plan for 2025 report,​​ “many of the institutions with which we compete for students have lower comprehensive costs and/or significantly higher discount rates.” This reality is observed as “putting Bucknell at a disadvantage in its efforts to recruit a highly qualified, diverse student body.”

For many students, costs and fees are among the most pressing concerns when considering what campus they will attend; yet even those currently enrolled have acknowledged the prevailing hardships afflicted by financial burdens. According to the 2019 MyVoice Survey (the most recent and comprehensive method of gauging the opinions of the campus community), 29 percent of student respondents experienced concerns over financial resources. Financial aid was among the top ten responses for additional resources that the University could provide to support students. While 27 percent of respondents to the survey ​​noted that financial aid and scholarships influenced their decision to enroll at the University, the reality remains that the University’s gap between the fiscal needs of students and the campus’ abilities to meet them are far from completely met.

It is not only current students who worry about this tuition increase. Erica Delsandro ’02, Assistant Professor of Women’s and Gender Studies, acknowledges the manner in which her own experiences have tied closely with fiscal concerns. During her time as a student, tuition crossed the $30,000 mark; now as it approaches over twice that amount at $80,000, she says the conversation around tuition has become even more important. “I do think the class diversity was in some ways somewhat less in that the student population didn’t pull from the economic extremes as much as it pulled from a kind of economic middle and higher middle,” Delsandro said during an interview with the Bucknellian. “Because of a greater attention to diversifying our student population, this conversation about tuition, I think, has become more important.”

The tuition prices are determined by the Board of Trustees – a group that, according to the University’s website, “guides the strategic direction of the University.” It is curious to note that despite the Board’s patent importance over the campus’ fiscal affairs, wherein their authority ranges from the allocation of funds to the tuition charges placed upon students, they meet three times a year and rarely communicate with students. Their names are widely available, as are the summaries of their meetings, yet it is telling that such a critical group on campus that widely determines the conditions students live under for four years remain largely elusive.

The difficulties in communicating with the Board of Trustees speaks to a broader reality at the University: critical information about this campus, such as the means to which it receives its funds, are difficult to come by. The Internal Audit is referred to as an organizationally independent department, yet according to Petula, still “reports directly to the Audit, Compliance & Risk Management Committee of the Board of Trustees.” She also cited the “confidential nature of the information included in the audit reports” as the reason for a lack of public distribution of said audits.

For instance, when individuals choose to contribute charitably to the University, they have the option to give to the “area of greatest need”, yet do not know specifically what they are donating to due to the school’s disclosure. But donors trust, and are told, that it will be helpful to an otherwise lacking area.

The dearth of information on what is “in greatest need” prompts the question of where the University’s priorities lie. On the school website, the section titled  “Your Impact” displays how the University uses donor money. It is an impressive list, including enhancements to faculty recruitment, research funds, DEI  efforts, financial aid and more. However, the list is not exhaustive, nor does it mention how much money goes to each component. It notes that donor money is used to build financial aid funds, yet fails to disclose that information with any specificity.

Without full transparency, it is unclear how funding that could be provided for financial aid is instead allocated to other areas, such as new sporting arenas. The lack of public information means that pledges such as the “Malesardi Match”, which designated $12 million entirely to financial aid endowment in 2016, can not be externally determined as arriving where they were intended to reach.

Beyond the classroom, Delsandro is concerned that outside opportunities will be limited to students with significant financial support. Unpaid internships, for example, are often available to students thanks to alumni connections, but scholarships and financial aid do not always cover those internships, and students and their families may not have the resources to make those opportunities feasible while paying for an increasingly expensive education.

“I don’t think Bucknell has fully figured out how to support the entire student experience and all the opportunities that a Bucknell education is supposed to offer in a way that fully includes students who are dependent on aid and scholarships to pay for tuition. So to me, that’s kind of where the rubber hits the road,” Delsandro said, adding that this was not a problem that is unique to the University, but one that we must address nonetheless.