Pythagoras was a leftist 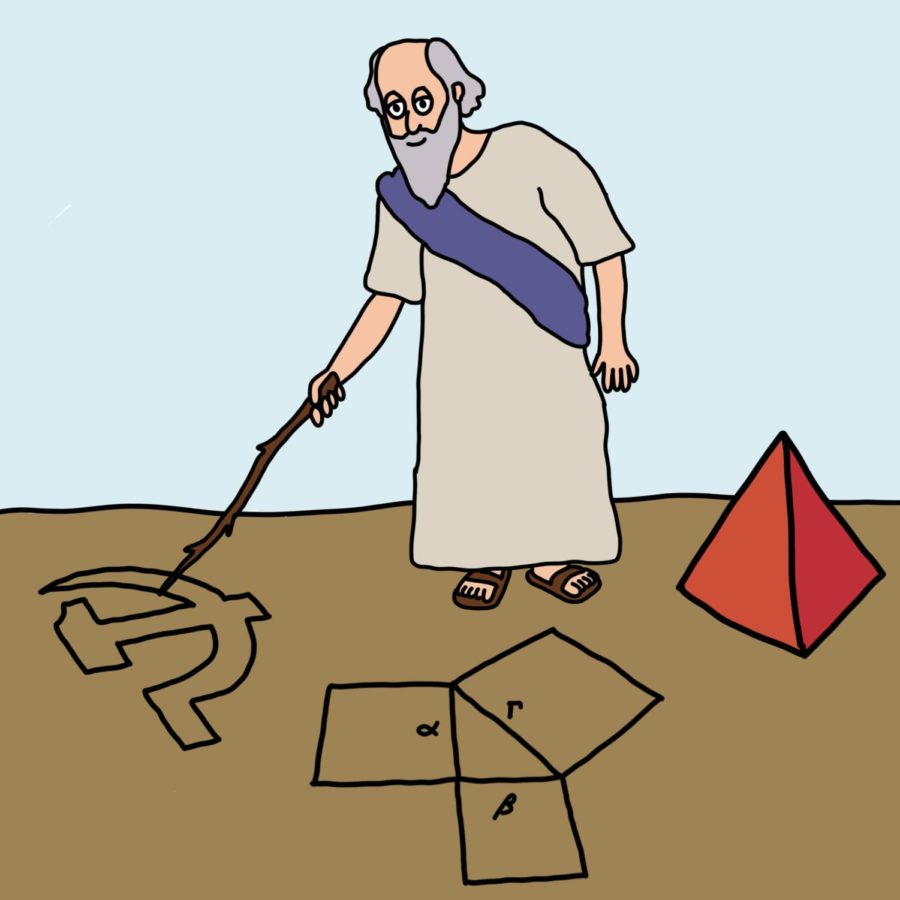 In the most recent of a string of bizarre, overwhelmingly populist restrictions, Florida Governor Ron DeSantis has announced that the Florida Education Department has rejected 54 of 132 (about 41 percent) math textbooks submitted for incorporation into the K-12 state curriculum for the next academic year. 28 of these were rejected owing to their inclusion of “prohibited topics or unsolicited strategies, including CRT.”  Those familiar with DeSantis’ tactics are likely unsurprised by yet another completely unfounded, borderline eccentric attempt to pander to the far-right, Trump-obsessed base to which he owes any semblance of renown. Despite the consistent repressive antics seen from the governor and his far-right counterparts in the past, however, this move from the alt-right “prodigal son” is concerning for a number of reasons– many of which we’ve seen before, both within Florida and beyond.

Regardless of the overarching reality that American voters are highly susceptible to misinformation and confirmation bias, the debate over the status of Critical Race Theory (CRT) in schools boils down to two main issues: the intentional misrepresentation of CRT as an indoctrination campaign, as well as the methodical and malicious destruction of accurate historical representation in education.  First and foremost, it is certainly naïve to assert that DeSantis doesn’t know what Critical Race Theory is – a simple Google search will answer that question.  A more accurate assertion is that CRT is a hot-button, populist issue; the widely inaccurate perception of an academic discipline undermining family values fans the flames of conservative anger – the very resistance to change that put Trump in office in the first place.  As heir apparent to the former President’s legacy, DeSantis needs that misdirected, misinformed fire to maintain power.

The simple fact that Critical Race Theory is nearly impossible to teach in K-12 classrooms could not be more obvious. CRT is a legal and graduate-level theory that both acknowledges that racism in the United States is institutional and pervasive, and attempts to address why racial inequality still exists in the United States. The actual substance that Republican legislatures have been blocking is consequently not Critical Race Theory; it is any mention of race, gender, sexuality, non-Christian religion, identity, or the definitive hierarchical system that has historically oppressed marginalized groups in the United States (often referred to as history). So, what motivation does DeSantis have for stopping third graders from reading about Martin Luther King Jr.?  As always, the answer is power – and materials that point out the truth behind historical struggles and current institutional inequality challenge establishment authority.

The wording in DeSantis’ announcement is perhaps the most indicative of the truth behind such elaborate deception. “Prohibited topics,” the bounds of which are determined solely by the state, rule educational materials out of the K-12 curriculum. There is no less complicated way to say this: Republicans are banning books they don’t like. Failing to realize the blatant irony in their stance, DeSantis and his populist counterparts have played directly into the authoritarian handbook.  Step 1: remove books from schools that don’t align with backward, exclusionary viewpoints in order to raise the next generation of easily-manipulated Americans. Step 2: accuse those in support of basic representation and inclusion of indoctrination, convincing your base that this act of repression is noble and even necessary for national and moral preservation. Apparently, the strategy is foolproof, because state legislatures across the country are succeeding in banning books simply because they address the existence of race.

Besides the very fact that the outright prohibition of any educational materials is a blatant violation of free speech, it points out perhaps the most dangerous aspect of the far-right movement. A red wave that washes away accurate representations of historical struggles, important figures, or the power imbalances that define the American hierarchy steepens the slope to authoritarianism. It is truly difficult to find the right words to describe the irony of a supposedly pro-small government, pro-First Amendment movement barreling swiftly down the path of authoritarian overreach and government brainwashing, so I suppose I’ll leave it at that.  There is certainly no Critical Race Theory in a math textbook, but the lunacy of such a claim is only truly concerning when placed within the historical and sociopolitical context that conversations of censorship certainly dictate. No topic should be prohibited; the reality that censorship is an indicator of a backsliding democracy (at best) should not be controversial. No government has justification to censor the education of a child to fit a nostalgic, inaccurate worldview. Even if Pythagoras was a bona fide Marxist-Leninist Critical Race Theorist himself, I would think such a reality would be worth learning about.