Proposal for a new CAS curriculum shakes up University 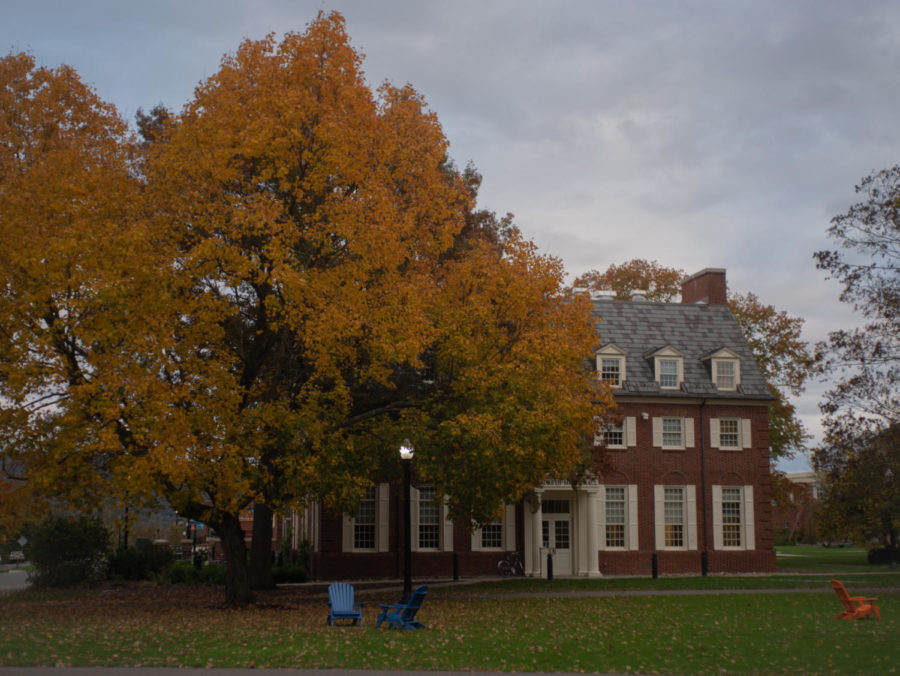 The proposal – shared anonymously with the Bucknellian – features five different options for a CASCC, which faculty members will rank in order of preference come voting-time.

One option is the current college core curriculum (CCC) requirement, which every student in the CAS must at present fulfill. The other four options would change the current three categories of Intellectual Skills, Tools for Critical Engagement and Disciplinary Perspectives into only two categories: Foundational Experiences and Disciplinary Exploration.

The Disciplinary Exploration category is the same for all four of the new proposals, featuring two Natural Science and Mathematics Division courses, two Social Science Division courses, and four Arts & Humanities Division courses. This would change the current CCC – which has rather specific requirements – to enable greater flexibility in student scheduling.

“Drawing on survey data and CCC assessment data, the committee engaged in extensive discussion that resulted in a restructuring of our curricular model,” the proposal states. “The CASCC candidates reflect the calls for simplification requested by students and faculty alike. The CASCC candidates, which a student could complete in as few as 10 unique courses, emphasizes the importance of intentional exploration of the diverse ways in which learning takes place in the College of Arts & Sciences.”

“With this plan, students will have a wide range of courses from which to choose to fulfill the curricular requirements and a less confusing experience doing so.”

Where these four new options differ is in their listings for Foundational Experiences requirements.

Five of the requirements will remain the same, no matter which option CAS chooses to go with, including the Foundation Seminar, Integrated Perspectives, Foreign Language, Lab Science and Quantitative Reasoning courses. The variation in the remaining courses is what has caused some debate among students and faculty.

Option 1 includes a new Race, Power and Inequality Course (RPI), which is featured in all four of the new candidates. According to the proposal, this course is to signal the Committee’s position that “every student must grapple with the complex historical, social and political systems and processes underlying the structures that apportion power unequally in our society.”

Option 3 does not have the NJP, but it does have the Global Connections course in addition to the RPI.

These new proposals will only be reviewed if a majority of CAS faculty decide to consider them, based on a majority vote that will be held in the college-wide faculty meeting on April 25 at 4:30 p.m., according to Karl Voss, Dean of Arts & Sciences. If the faculty decides to vote on the new proposals, they will have until 12 p.m. the next day, April 26, to cast their vote. The Borda Count Method, a type of ranked-choice voting, will be used in the decision.

“As faculty evaluate and consider the proposal for a new curriculum, they will be sorting [through] several choices,” Voss said in an emailed statement. “As is the case in all curricular discussions, the faculty are evaluating the balance between including meritorious requirements in a more prescriptive curriculum versus a curriculum with fewer requirements that allows more opportunity for students to explore and direct their own educational choices.”

Some students, such as Philosophy and Biology dual-major Emily Scholfield ’22, find it difficult to believe that generalizing the curriculum will open the door for students to take classes they are interested in. She worries it could instead open the door for students to find more loopholes and skip out on the experience that makes a liberal arts education different in the first place.

“The courses I have taken to fulfill the existing requirements have been some of my favorite and most informative courses,” Scholfield said. “Without these requirements, I would never have gone as far out of my comfort zone as I did or learned about many issues faced by people of different races, nationalities and cultures from my own. In today’s world, it is far too easy to ignore and forget about the disasters occurring across the world, so it is our duty to encourage curiosity and active empathy through education.”

Scholfield also believes that some of the candidates in the proposal could hinder the future of the University and its students.

“While it seems clear that Race, Power and Inequality will replace and revamp the existing Diversity in the U.S. requirement, I find the Environmental Connections requirement is equally important to maintain,” Scholfield said. “Given the university’s placement along the Susquehanna River, our current commitment to expanding our land acknowledgements, and our goal to become carbon neutral by 2030, I believe that no longer requiring an environmental connections course would be counterproductive to our goals and to the education of our students.”

Other students seem to be on the fence about the proposal. Cameron Lodi ’23 said that he is conflicted. He said that he often struggled to find classes that fit into his schedule and completed the required courses.

“This forced me to take courses I would not normally have considered taking—examples include religion and sociology courses,” Lodi said. “To this day, those courses are more memorable than several of the courses I have taken within my majors. Bucknell, as a liberal arts institution, should encourage these experiences I just described.”

On the other hand, Lodi does believe that all of the proposals do still encourage students to explore the course catalog.

Andrew Stuhl, associate professor and department chair of Environmental Studies & Sciences, was part of the curriculum committee for a number of years. He likes that the new proposals have seemingly simplified the requirements, a complaint that students and faculty have expressed for years, by removing the learning goal distinction and allowing students more “double counting” of their requirements.

What he is worried about, is that some of the proposals seem to be at odds with one another. He’s concerned that not as many students will go out of their way to enroll in environmental studies courses without CAS specifying its importance in its curriculum.

“I mean, you can’t argue with the fact that if the requirement is not there it’s a missed opportunity,” Stuhl said. “We missed the opportunity to communicate to all members of the College of Arts and Sciences that this is an important field of knowledge to prepare you [for] the world beyond Bucknell and meet our mission, to prepare students to be good citizens, attentive to issues of justice and equality.”

Stuhl reiterated that he is not saying one requirement is more important than another, simply that he worries about the implication of not emphasizing environment-based classes.

He did say that one thing he believes the Curriculum Committee fell short on was including the student body in the proposal process. There are students on the Committee that helped pen the proposal, but Stuhl thinks they could have done more to incorporate more students. He hopes students will express their opinions to the Committee as soon as they can.

Still, Stuhl supports whatever decision is made by the Curriculum Committee.

“We’re not going to have full agreement, but we can have consensus,” he said.

If any of the proposals are adopted, they will be implemented for the class of 2027. Courses selected in the fall of 2023 will reflect the current CCC, which still governs the class of 2026 and earlier, as well as the new CCC that is decided on. Faculty will be in charge of supporting both CCCs during the next few years of transition.