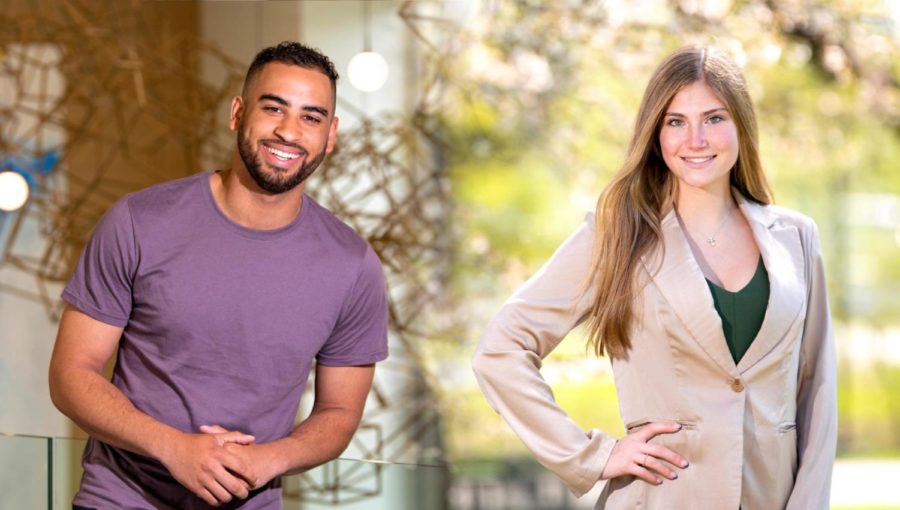 Tarrin Earle ’22, a Markets, Innovation & Design (MIDE) major, has been chosen as the student speaker for the Class of 2022 Commencement, scheduled for May 22 at 10 a.m., according to a press release from Director of Media Relations Mike Ferlazzo.

Earle has faced a lot of adversity during his time at the University. The COVID-19 pandemic obviously threw a wrench in his college plans, but even when he returned to campus it didn’t stop. As the quarterback of the University’s football team, he tore his ACL… twice.

“Everything that’s come my way has helped me grow so much over the course of my time here,” he said, in the press release. “I’ve learned that outcomes can be unpredictable even when you make all the right moves — and that’s OK. It’s all about finding the positives in adversity and staying patient through it all,” Earle said.

Earle credits many of the lessons he’s learned at the University to his time in the Freeman College of Management.

“Coming to Bucknell, I wouldn’t have called myself the most creative person,” said Earle, a Florence, N.J., native. “MIDE pushed me to think outside the box, which was one of the things I loved about it. That, and the numerous chances I got to work on team projects.”

One aspect that Earle said made the University special was the people on campus, specifically the relationship he formed with everyone here. He said, “the connections you build here are just so different than anywhere else.”

Earle is planning on coaching football while pursuing his master’s degree at North Central College.

“Everybody wants to be part of something bigger than themselves. At Bucknell, even small actions have a huge impact,” Earle said. “I could’ve written a five-page Commencement speech about everything we’ve been through. My goal is to take some time to celebrate all we’ve accomplished together and share those memories one last time.”

Lia Zavattarro ’22, an environmental studies and Spanish double-major, was also announced to open the ceremony with the national anthem.

Zavattaro, an Old Greenwich, Conn., native, began singing training at the age of 13 and, scoring a near-perfect score, took the Royal Conservatory of Music (RCM) exam in Concordia College’s RCM Development Program. While at the University, she has sung solos at Carnegie Hall and Rooke Chapel for Sunday morning services.

“I love the freedom of music. It’s an amazing way to express how you feel and lift your spirits,” Zavattarro said. “It’s definitely helped me stay positive and keep going throughout my time in college.”

“There’s so much I’ve learned and done here that I don’t think I could have anywhere else,” she said. “Bucknell has helped me grow more self-assured and confident, as well as fueled my drive to be the best I can be moving forward.”