Behind the curtain: Who are Bucknell’s Trustees? 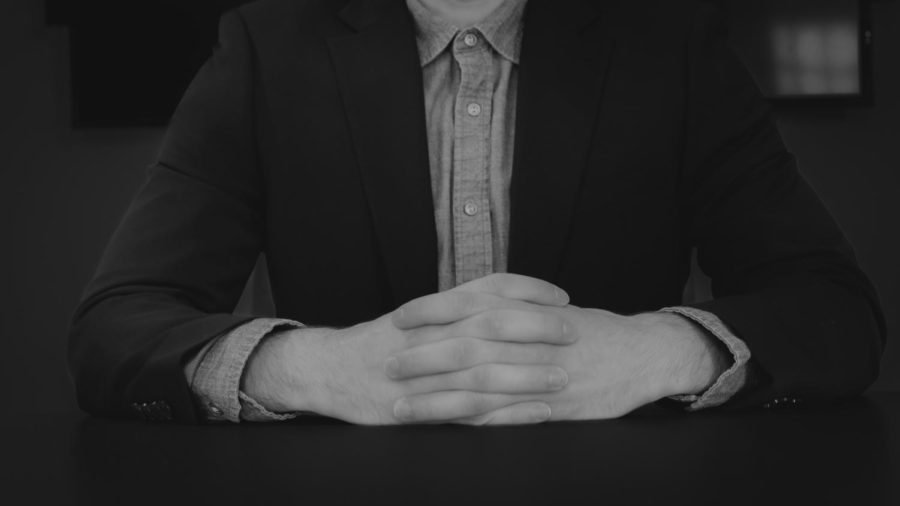 For the second of three meetings in 2022, the University’s Board of Trustees will reconvene for a three-day gathering starting on April 27. Though not guaranteed to be held on campus – the winter meeting was originally scheduled to take place in New York City, before being relegated to a virtual conference – next week’s will presumably be occurring at the University.

The meetings are far from trivial in their content; the last conference alone concerned pressing discussions over the University’s strategic plans, updates on current campus affairs and reviews over the University’s compensation for faculty and staff. In short, these sparse gatherings are critical occurrences throughout the academic year in which the University’s leadership ruminates and decides on its future prospects.

It is only natural that much of the Board’s meetings involve a plethora of information on the various aspects that make up the “Bucknell experience”; though many are alumni, their involvements take them far beyond campus, necessitating the litany of updates over current affairs to better understand the institution they preside over. In an early 2020 meeting, the University’s dynamics and cultures were discussed in association with the then-upcoming presidential election. During this meeting, President John Bravman reiterated to the Board his “commitment to a campus climate that values free speech as well as constructive and respectful community dialogue.”

President Bravman himself has a leading role within these gatherings, serving as a sort of envoy and self-described “CEO” of the University to inform the Board of any pressing matters. A technical trustee himself, President Bravman has been occupied the past several weeks in preparation for the upcoming gathering, and consequently – according to Director of Media Relations Mike Ferlazzo – “now [was] just not a good time” for quotation in the foregoing article.

His role as a member of the Board, and as President of the University in particular, is one determined by the Trustees themselves, who oversaw the hiring process that led to his eventual appointment. Though Dean of Students Badal, Vice President for Information and Technology Midkiff and Vice President for Finance and Administration Petula have a recurring role in some of the Board’s meetings, President Bravman is a staple for these conferences, reporting on various recommendations demanding trustee consideration. One such recommendation came from the Planning & Budget Committee, arguing for an increase of 3.25 percent to the University’s comprehensive fee. President Bravman would ultimately endorse an even higher 3.5 percent rise in tuition, a change which the Board approved.

Many of the Board’s meetings involve listening to advisory committees on campus or independent firms hired by the University, followed by critical votes to determine the University’s next steps. A meeting this past spring involved agreeing upon the first phases of the campus’ strategic plans, which concerned a comprehensive campaign that “will focus primarily on increasing need-based financial aid resources and supporting other select strategic priorities that most directly lend themselves to garnering philanthropic support.”

Future plans are not the limitation of the Board’s voting power; faculty tenure, too, is determined by the Trustees. It is also within their realm of authority to confer degrees on each graduating class. They additionally determine changes to the campus’ landscape, recently approving construction for installations such as Holmes Hall – whose namesake, Steve Holmes ’79, is himself a trustee.

The Board is an integral part of ongoing projects at the University. At their Winter 2022 meeting, the Board approved a feasibility study for a new entrance to campus, including a welcome center at the corner of Moore Avenue and Seventh Street. The funds allocated to this study are to be no more than $1,000,000, but as tuition continues to rise, the question of funding remains important to students. The decision to allocate funds for a “welcome center” when the University is undergoing intersecting crises of affordability is a curious one, according to Jillie Santos ’22. “I think it’s a misallocation of funds” she explained, “and this school should privilege student housing and food security over cosmetic projects.” While trustees continue to consider the ongoing issues of mental health, financial aid and diversity, equity & inclusion, weighing equally the need for a welcome center may leave some students asking questions.

Despite the many aspects of the University that the Board has essential control over, it has, remarkably, left Greek life almost completely untouched throughout its existence. In response to swirling rumors that Greek life would be dissolved on campus in 2017, President Bravman argued that – while he would promise to become more personally involved with issues of fraternity and sorority life – he would leave the fate of Greek Life itself to the students themselves, on condition of maintaining positive behavior. Nevertheless Trustees, should they deem it necessary, do in fact retain the power to remove the institution over students.

This approach seems oddly “hands-off” for an institution so incessantly involved in other aspects of university life. They hear updates on social activism, but not on Greek affairs; they hold responsibility for raising tuition prices beyond internal recommendations – directly affecting students and their families – but seemingly have no official interest in Greek life’s role on campus.

And despite the repeated infractions from Greek organizations of the University’s own policies, the board has maintained its indifferent position. In the past five years, four fraternities have been kicked off campus. One of these organizations was removed, returned with a new identity, only to be disbanded once more. Yet the popularity of Greek life among students has endured; nearly half of eligible students are in a fraternity or sorority, an inevitable draw for prospective students that trustees are reluctant to mitigate, even while some in the student body call for the institution’s disbandment.

Students largely have a limited role within the Board’s purview, their voices often relegated to the updates imparted by President Bravman. Though students have in the past garnered the opportunity to speak with trustees over arranged meals, they rarely take part in official meetings. A panel of student representatives shared their insight on daily campus life as far back as May of last year, and according to the meeting’s summary, trustees in November of 2021 heard from two student athletes that participated in the Tokyo Olympics and Paralympics.

The student body’s apparent distance from critical decisions could be rectified by including student trustees among the governing board, a dramatic change already seen among campuses such as the University of Massachusetts Amherst and Cornell University. The Bucknellian has found no official discussion over this possibility, though the Board possesses the broad authority to change this reality at will.

Similar institutions to the University, including Wesleyan and Dickinson, have provided a blueprint with which the University could alter its own Board of Trustees. At Wesleyan, the Board comprises up to 36 trustees, nine of whom are selected by alumni, with remaining trustees elected by the Board itself. Their board meets four times a year on campus, meetings which include six additional student representatives and six faculty representatives. Dickinson College takes a slightly different approach to student inclusion in the activities of the Board of Trustees. Since 2011, their Board of Trustees has included space for two Young Alumni Trustees – recent graduates of the college who join the board at the time of their graduation and remain on the Board for the following two years – at which point another recent graduate is selected to take their place.

Outside of the University’s website, however, the trustees receive significantly more exposure in their capacities as captains of industry, artists and professionals. A 2020 Bucknellian article highlighted trustee Chris Sullivan ’92 and his role as CEO of Primus Technologies, a company that served as a supplier to Raytheon Technologies for twenty years. Raytheon was in 2019 listed by USA Today as one of the companies earning most from warfare, with annual profits totaling two billion dollars. Though Primus would eventually be acquired by Spartronics LLC, Sullivan remains on the board.

Bob Chrencik ’73 is another trustee whose position has previously raised eyebrows, remaining on the board despite being ousted from his position as President and CEO of the University of Maryland Medical System over accusations involving self-dealing and no-bid contracting. Yet nowhere is there mention of either his or Sullivan’s role at the University being discussed or compromised as a result of these unflattering revelations.

Board members’ occupations range from executive members of investment firms, heads of real estate companies and CEOs of retail chains. Board Chairman Chris O’Brien ’80, whose appointment was unanimously confirmed by the rest of the voting trustees, is the CEO of a private equity investment firm. Only a small handful of trustees with academic backgrounds are part of the newly formed trustee advisory group – including Keren Bergman ’88, Professor and Chair of Electrical Engineering at Columbia University.

Yet despite their limited higher education qualifications and near-universal high-dollar career backgrounds, the strategic plans for the University’s future remain essentially in the hands of these individuals. They are guided by recommendations from campus groups or independent hires, all of which can be ignored for more preferable approaches while electing new members through votes among other trustees.

The Board, by virtue of the University’s structure, has the authority to make change in every area of the University. Core curriculum, financial aid, admissions, Greek affairs and student affairs – while normally delegated to their respective University departments – are ultimately beholden to the Board’s final approval.

So, as students have this year protested Public Safety conduct, asked for increased mental health support, took out private loans to finance their education and consider Greek life through a critical lens, their requests lie ultimately not with staff, faculty, peers, or even upper administration. The ends of their demands wait, instead, at the door of the Board.