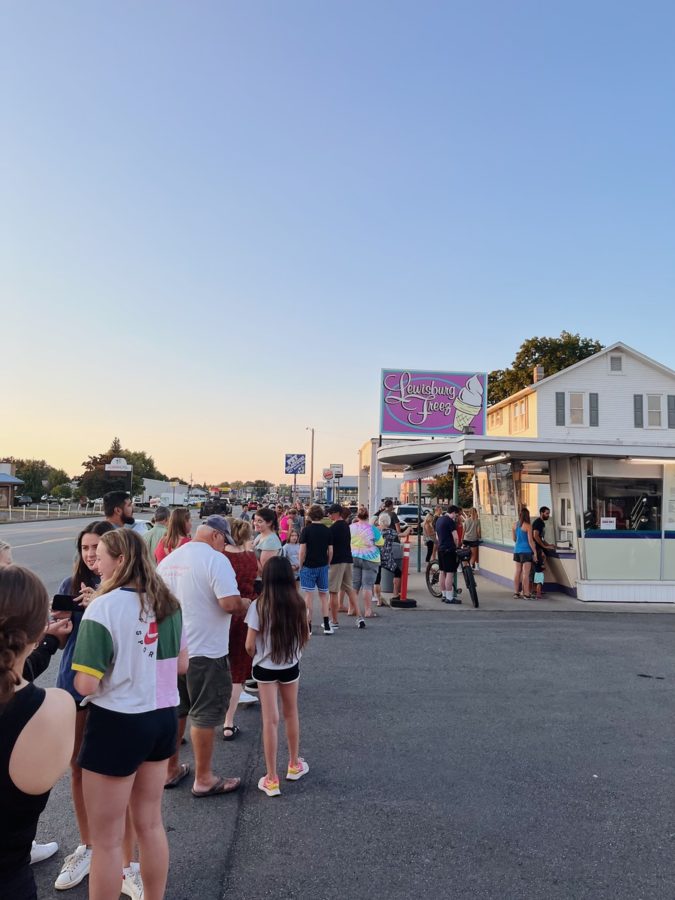 The Lewisburg Freez closed its doors permanently on Aug. 26, after 32 years in business.

“We have always believed that we wanted to make a great product that was affordable for our customers,” The Freez wrote in a public Facebook post. “With rent increases, this would no longer be possible. Because of this, the land owners have decided that they want to move forward with plans that do not include the Freez.”

The news came on Aug. 16, a few months following a Facebook post that said the store was experiencing some staffing issues. Due to those staffing issues, they initially wrote the store would maintain limited hours until the positions were filled.

The Freez had been serving the Lewisburg community and students for years as a seasonal ice cream stand. Many students shared a similar sentiment: that the Freez was not just a business but a place of the school’s community.

“I’m saddened that a core part of our community is being taken away,” Hannah Schultheis ‘24 said.

“It’s devastating. Every time I drive by the Freez I see a bunch of people congregating and communicating and enjoying ice cream together,” Jack Chase ‘25 said.

Although the Freez wanted to maintain their affordable products, one student said they would be willing to pay more, just to keep the Freez around.

“I know there aren’t a ton of ice cream spots in Lewisburg, there is the frozen yogurt place, but Lewisburg Freez was a destination and a part of Bucknell’s identity,” Carter Raleigh ‘25 said. “I think it’s a really unfortunate situation. If the Freez was to raise prices I would still be willing to pay.”

The Freez was not affiliated with the university, but many students felt that it was a part of the off campus experience — and even an honorary part of the University.

“It’s sad, I’m a junior, I remember going there for freshmen orientation. I’ve gone there every year, it was definitely a staple of Lewisburg,” Madison McCormack ‘24 said.