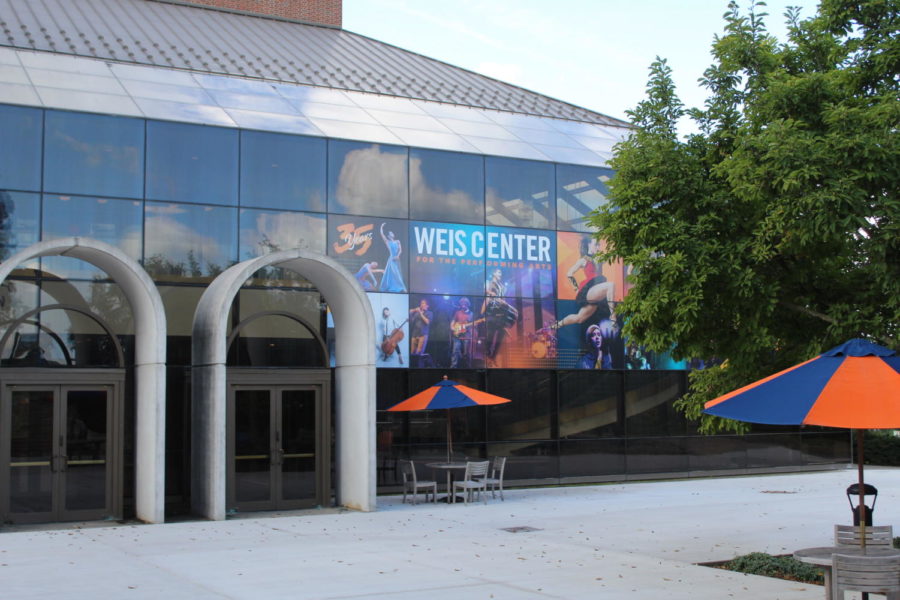 The First-year theater production of “Kodachrome” ran this parents’ weekend, drawing attendees from across the Bucknell community and their families.

With high attendance and a nearly sold out Saturday matinee, the cast and crew staged three successful shows in Tustin studio.

With only three weeks to prepare a full play, the crew said nerves were high among themselves and the cast, but the ultimate payoff became the energy from the audience, who laughed and cried alongside the first-year actors just dabbling in their first college-level theater performance.

Much of the work involved introducing young actors to Bucknell’s theater department, director Nabeel Jan ’23 said. While many Bucknell mainstage productions involve jumping right into the material with experienced actors, Jan was tasked with designing a crash-course in expectations, vocabulary and professionalism.

From gaining familiarity on set to establishing expectations among scene partners and understanding the level of commitment involved in a three-week rehearsal period, Kodachrome’s cast faced a particularly difficult challenge. According to Jan, however, the newest additions to Bucknell theater rose to the task.

Of working with cfrancis blackchild on intimacy coordination, Jan believes the experience was “one of the best I’ve ever had in a creative setting, creating an environment where everyone can communicate with respect without sacrificing that openness for efficiency.”

Moving quickly yet intentionally, all involved were able to balance the responsibilities of a mature, professional production with the demands of time, creating an environment in which actors’ performances thrived, and audiences certainly noticed.

“Having heard the words to this show so many times, it’s always funny to watch the audience take an entirely different meaning from the actual performance,” said Jan.

Audiences laughed during the show’s lighter moments, but the impact of Kodachrome holds a deep significance.

When asked why he chose this specific show, Jan said that the process began much earlier than his return to campus for the fall semester. Having selected the show in the spring, he wanted to show the process of grief from a unique perspective, something Kodachrome delivers on as it follows a deceased photographer as she narrates and documents the lives of those she left behind.

Despite the heavier nature of the written material, Jan said he was proud of the young actors taking their roles with grace and professionalism. The show was ultimately an introduction and a collaboration, and “actors and crew went above and beyond.”

Jan said that the main character’s monologue during Act 1 “crystallized” the feelings he held towards the show. During it, she describes the fear of losing the memory of someone as grief progresses.

“Watching that monologue alongside the audience on opening night drove home why I chose this play, and it’s a moment I’ll never forget.”