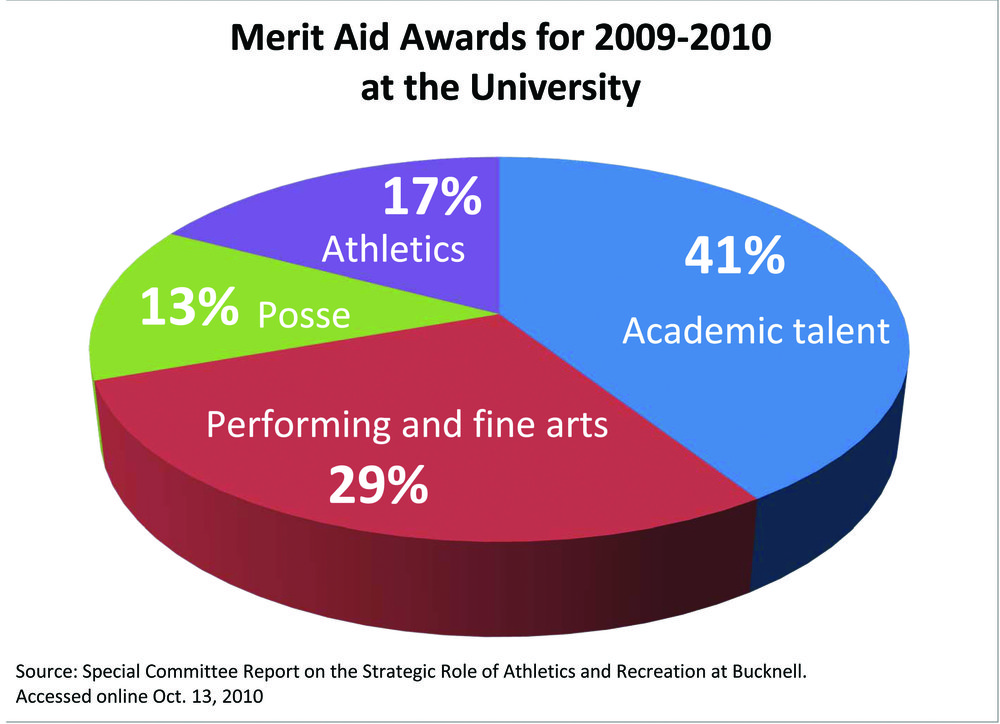 A special committee formed to address the role of athletics at the University reaffirmed a policy of spending $3 of merit aid for non-athletes for each $1 spend on merit aid for athletes.

Provost Mick Smyer presented the committee’s conclusions and sought feedback at a campus forum on Friday in the Elaine Langone Center Forum.

According to Smyer, the three-to-one ratio was created as an “aspiration” rather than a concrete rule. Smyer said the University has now reached that target and will attempt to keep it in place in the future.

The discussion was partially prompted by an ongoing debate within the Patriot League over the advantages and disadvantages of awarding merit aid to athletes. The presidents from the Patriot League schools will meet in December to consider whether to change league policy to allow for merit aid for football players. Currently 10 sports at the University offer merit aid; football does not.

Smyer said the committee aimed to reach general conclusions rather than solve specific issues like merit aid in football, which will be the subject of a separate campus forum in the future.

He said that any changes to the aid policy will not likely affect the University’s “discount rate,” the average student’s reduction from the full price of tuition due to scholarships or other financial aid. According to Smyer, the current discount rate is roughly 30 percent.

“Our projections are not that that’s going to go down at all, but if anything we’ll have to increase that due to the competition of the marketplace,” Smyer said.

The committee’s full report can be accessed from the President’s netspace.

Some audience members expressed frustration with the report’s scope and conclusions.

George Exner, professor of mathematics, questioned Smyer’s claim that the three-to-one ratio had been met. According to Exner, the ratio’s original purpose was to establish a predominance of academics and performing arts over athletics, but since its inception, a disproportionate amount of merit aid has gone to the Posse Scholars. Subtracting the Posse Scholars brings the ratio closer to two-to-one.

Exner also questioned whether credible evidence exists that the University meets the Patriot League’s goal of “having student-athletes who are academically representative of their institutions.”

Ben Marsh, professor of geography and environmental studies, said the report avoided its stated purposes. The report begins with four questions, among them “What role should intercollegiate and intramural athletics play in the life of the University?” and “What are the advantages and disadvantages of participating at the Division I level?,” but it does not appear to address non-varsity athletics or consider any alternatives to Division I or the Patriot League.

“I’m disappointed we lost an opportunity to have a discussion of this promise,” Marsh said.

Prior to the forum, Marsh sent a message to the faculty ListServ criticizing the committee and report.

“The report seems to have been shaped from the start to support illimitable investment in athletics, without consideration of the impact of that investment on the rest of the student body or even on athletics itself,” Marsh said.

Other audience members noted that by failing to truly address the role of athletics at the University, the report failed to recognize one of the University’s greatest strengths.

“Athletics works better here than just about everywhere else,” said Carl Milofsky, professor of sociology. “[Being Division I] gives high-quality athletes an opportunity to compete at a level they want to be at and still be serious students. We should be putting that front and center.”