The Lying Bison: Your Daily Dose of Satire: Change Coming to University Seal 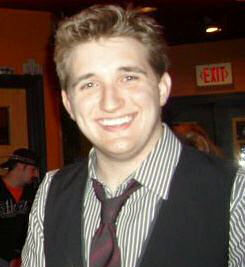 One semester after the University stirred up a bit of controversy with the launch of its “We Do” campaign and the erection of a semi-permanent tent/dining room on the academic quad, the school is taking its fundraising to the next level with a planned change to the University’s seal. This week, administration and members of the board of trustees announced that the book that has hovered safely above the waves of “the storms of life” since 1849 will be replaced with an iPad.

The decision to bring the antiquated seal into the 21st century was not met without opposition. Following an outpouring of emails from concerned alumni, Nicholas Barrett, chairman of the University’s Seal Reformation Committee, issued this response:

“It is the opinion of the University that the seal should reflect Bucknell’s goals. The book has served the school well, but it is time our seal show the world who we are and who we want to attract. The sad truth is that printed books are just too cheap when compared to tablet devices. Yes, it’s cheaper to download a book to a tablet than to buy the print version, but the device itself is much more expensive. I mean like, ‘ka-ching ka-ching!’  That’s what we’re trying to attract: status, specifically Apple users. We want the new seal to be in keeping with the new campaign. It should send the message, ‘WHO HAS NICE THINGS? WE DO.’”

The statement was sent from Barrett’s iPad, and then re-sent once he noticed all the touch-screen and auto-correct typos.

“There’s no need to see the screen,” Barrett said. “The important thing is that people see it’s an iPad and not a Galaxy Tab.”

“We’re keeping it simple, so it will always look like the most fashionable, up-to-date model,” Laverne Rowland, designer of the new seal, said.

Students, faculty and alumni have asked how the University intends to pay for the rights to Apple’s iconic logo, but Barrett assures the campus community that the University has planned ahead.

“It all goes back to the success of the ‘We Do’ campaign,” he said.

Should all go as planned, students can expect to see the transition begin sometime in Fall 2013.