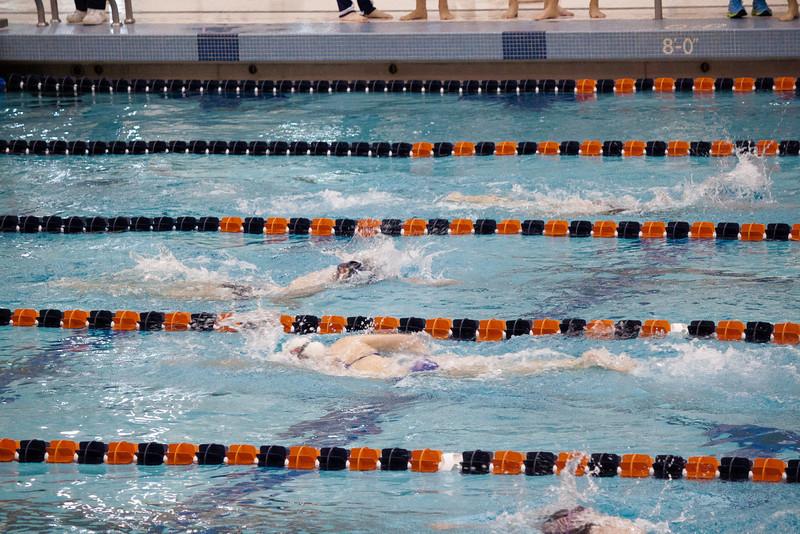 Navy has been a strong competitor in the Patriot League, maintaining a streak of 34 straight victories in dual meets before the meet against the Bison. The Mids suffered their first loss to the Bison since the 2005-06 season.

“We were all so excited going into the meet and had the goal of giving Navy some good competition, but in all honesty we were beyond thrilled to have actually won!” Alanna Nawrocki ’16 said.

The Orange and Blue came out with a total of nine first-place finishes. Kelly Pontecorvo ’14 won the 1000 and 500 freestyle, Rachel McGoff ’17 won the 200 free, Katie Hetherington ’15 took first in both the one-meter and the three-meter in diving with teammates Tara Boyle ’15 and Tori Molchany ’15 claiming second and third, respectively. Kristen Purdy ’14 claimed first in the 100 butterfly, and Emma Levendoski ’16 won the 100 and 200 back.

“[It] was a huge win for the team. There was so much energy on deck, and everyone just kept feeding off of each other. That was, I would say, the most exciting swimming and diving meet I have ever been to,” Boyle said.

“I personally think this was one of the best meets we’ve had since I’ve been here. Not only did we remain positive the whole time but we all swam really well. Being a part of this meet was truly surreal,” Nawrocki said.

Jennifer Brennan ’14 said that their “goal this year was to try and be more competitive than Navy,” and the women certainly came out pleased.

“We went in with the attitude that we had nothing to lose and that we were just going to have fun and compete,” Brennan said. “Right from the start of the meet everyone was having incredible races and the energy on deck was insane. It was such a cool feeling to be able to beat Navy … We couldn’t have done it without coming together as a team and most importantly having fun.”

The team fought hard and brought the heat and energy to the pool, coming out with incredible wins. The Bison will be back in Kinney Natatorium for the Bucknell Invitational on Nov. 22-24.