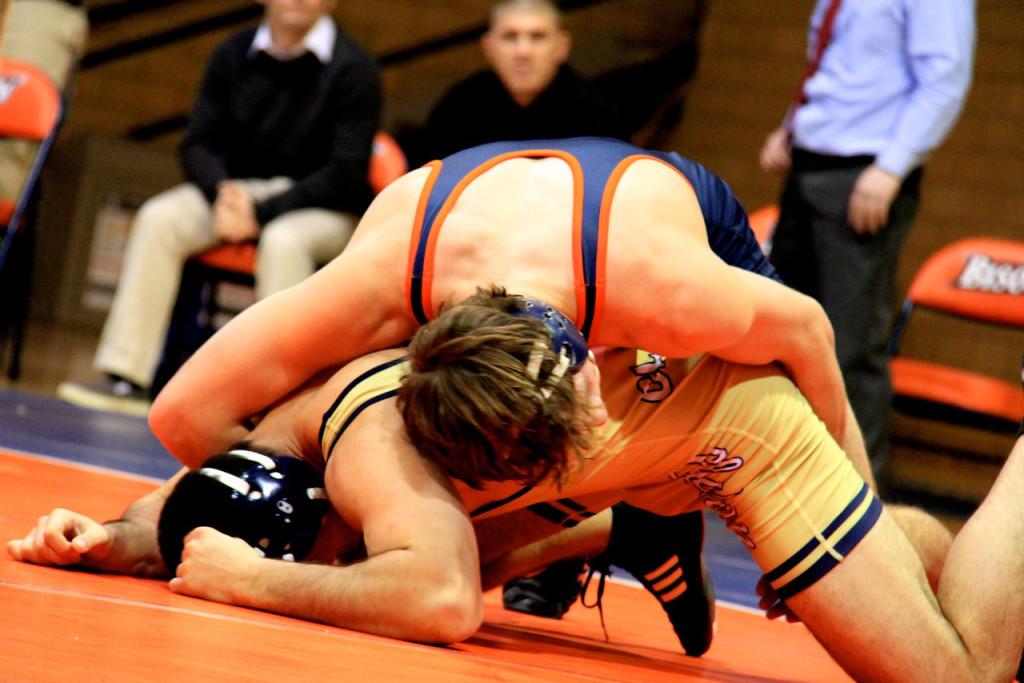 The wrestling team posted a 2-1 record in its home bouts with Clarion, Brown, and Penn. All three matches were closely contested going into the final heavyweight bouts, with the Orange and Blue coming out victorious against Clarion and Brown on Jan. 18 and losing to Penn on Jan. 19.

The Bison opened their weekend with a come-from-behind victory over Brown. Trailing 19-10, the Bison stormed back with back-to-back pins by Tyler Lyster ’15 and Joe Stolfi ’15 to start off their tri-meet weekend with a 1-0 record.

The Bison once again rallied from a deficit to win the nightcap against Clarion. With the Bison facing an 18-12 deficit, Rory Bonner ’17 and Lyster both won decisions, tying the score for the final bout. Stolfi recorded his second pin of the day and won the meet for the Bison.

In their final meet of the weekend, the Bison, coming off their first three win streak in almost three years, faced off against Penn on Jan. 19. A fellow EIWA challenger, Penn came into Davis Gym and defeated the Bison in a 24-13 decision. The Quakers’ four bonus point victories proved critical, overcoming four match victories by the Bison to win the meet. Paul Petrov ’16, Victor Lopez ’17, Joey Krulock ’17, and Stolfi all posted decisions.

Overall the Orange and Blue came out of the weekend with an improved 5-7 overall record and 2-1 record against EIWA opponents. They continue their busy schedule tonight, Jan. 24 at Columbia in another EIWA bout.