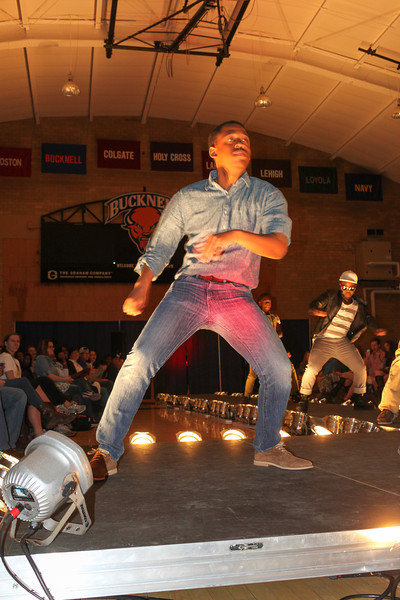 This year’s Black Arts Festival combined forces with #Epic for an incredibly eventful weekend on March 20-23. The festival, which aims to showcase black art, featured a variety of events and artistic expressions. Some of the highlights included the conclusion of the annual Rap Battle at #Epic; the fusion of  black science fiction, live music from composer and producer King Britt, and other notable expressions from the worlds of black performance; music, fashion, and art at the Afrofuturist Affair Gala; and the first ever BSU Fashion Show, “To Be or Not To Be.” Check our Editor-in-Chief Jen Lassen’s ’15 interview with the Black Student Union’s (BSU) Vice President Chanel Twyman ’15 for more on the events, culture, and first-time successes of Black Arts Festival 2014.

Q: What events did this year’s Black Arts Festival include?

A: The events for this year’s Black Arts Festival were The Afrofuturist Affair Gala, Artistic Expression, Rap Battle, #Epic, “Color Me: What is Black Art?,” and The BSU Fashion Show, “To Be or Not To Be.”

Q: Since #Epic was a first-time event this year, how was it combining the tradition of Black Arts Festival with this new event?

A: Our collaboration with the #Epic event and ACE in general was extremely tremendous. We collaborated with ACE for advertising the entire weekend. President Terry Bennett ’15 worked really closely with ACE committee members [on planning the weekend]. We felt like we were all a team working towards one goal.

Q: In your opinion, what was the most successful event of Black Arts Festival?

A: You can never stop improving, so we are working on enhancing all events, and even all portions of BSU, as an organization. Serenity Randle ’16 and I planned and headed the fashion show. We worked endlessly to make this first-time event a success for the Black Student Union (BSU) and the Bucknell community, in hopes that this event will be held annually. The fashion show was our biggest event and turn-out for Black Arts Festival; we were proud of the outcome.

Q: What do you envision for the future of Black Arts Festival?

A: We envision the Black Arts Festival to attract a large, diverse crowd [in the coming years]. One of our goals is to influence the Bucknell community to become knowledgable about differences here on campus, and even more specifically, the black culture. Additionally, we hope to collaborate with many more groups and organizations on and off campus to properly showcase black art.