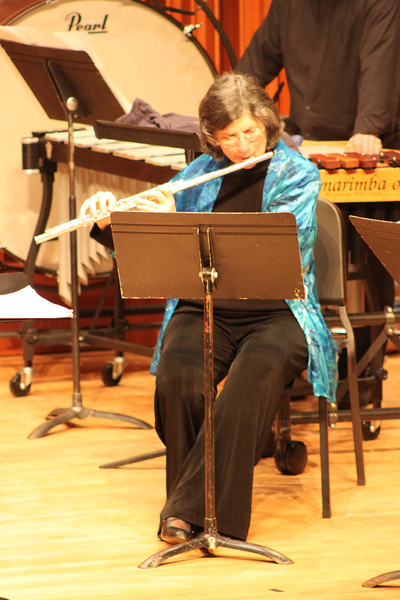 The Chamber Players arrived at the University on April 21 and spent two days working with music classes, holding workshops and presentations.

At their performance, they regaled the audience with a variety of musical pieces, many of which were composed specifically for the audience. A particularly memorable point was when the Chamber Players performed music from the Phoolan Devi Chamber Opera composed by Shirish Korde.

Formed in 1970, the internationally-acclaimed Da Capo Chamber Players group is renowned for working closely with composers and representing a large range of compositional styles. A recipient of the Naumburg Chamber Music Award, the group is a leader in building a strong heritage of present-day American chamber music.

The Da Capo Chamber Players were the final concert in this year’s Gallery Series. Funded by grants from the University’s Department of Music and the Kushell Music Endowment, the Gallery Series is committed to spotlighting world and experimental new music.