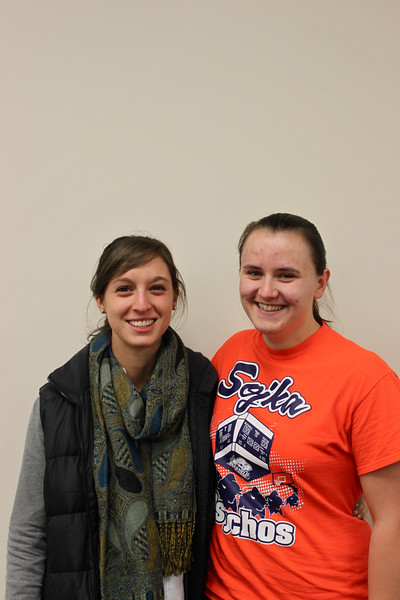 Being placed in the Social Justice Residential College their first year wasn’t enough to satiate the justice-seeking passions of Amari Suskin-Sperry ’15 and Greta Savickaite ’15. Suskin-Sperry and Savickaite worked together to create a minor in social justice.

“At the end of the semester, [we learned that] there isn’t that much continuation on the study of social justice. Our professor asked [the students in our residential college] if there was anyone interested in creating a way for people in social justice to continue with it,” Suskin-Sperry said.

A group of six students got together and began discussing what they wanted the minor to look like. Ultimately, Savickaite and Suskin-Sperry were the only two who remained committed to making it happen. After attending a series of meetings they began receiving positive feedback and support. They credit Associate Professor of Economics Professor David Kristjanson-Gural,who is also the Senior Fellow of the Social Justice College, as a person they often looked to for guidance.

Like other minors, it comes with courses that students are required to take and others that they can elect to take.

“We tried to incorporate as wide an array as possible. We looked at other departments and found the easiest ways for people to take the class without hurting their other majors and minors,” Savickaite said.

Both students believe it is important that something be created that encompasses an overarching idea of social justice.

“Our university pushes diversity. For a university like this [to] not [have] any academic path for social justice, it seemed like there was something that was missing,” Savickaite said.

Suskin-Sperry said that their experience of being around other students that all cared about social justice inspired them.

“We came to the school and found something that we weren’t really finding anywhere else on campus. It was bringing together different kinds of students, students that had passion to make the world a better place. And we just thought, ‘Why does it have to die off after one semester [for us]?’”

Since creating the minor, a poverty studies concentration program that offers a full summer internship as part of the national Shepherd Consortium has been developed. The program sent five students all over the country to engage in an issue that addresses poverty.

“We want people to be aware that something like this exists on campus. You can find support if you have a passion for social justice through [a class] other than engineering or political science or sociology,” Savickaite said.

Looking at the big picture, Suskin-Sperry says that the creation of the minor was only the first step.

“We don’t want there to be all these different centers that are very separated. We want everyone to interact with each other; we want to build bridges between all the different ways that Bucknell is addressing the issues of social justice.”