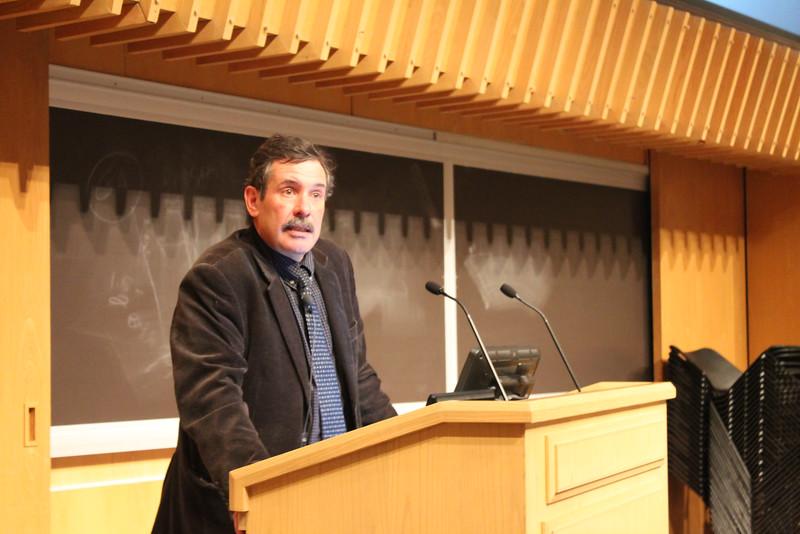 Walter S. DeKeseredy spoke about issues surrounding dating violence and woman abuse at a lecture in the Elaine Langone Center Forum on Oct. 20. He dedicated many years researching this problem and has written numerous books about it. He specifically referred to points he made in his book “Male Peer Support and Violence Against Women: The History and Verification of a Theory.”

DeKeseredy shared the statistic that one in every four women in the United States have experienced some form of sexual assault or abuse. He warned the audience about how the severity of this statistic indicates that we interact with victims every day.

Many people fear the “greasy stranger” that could jump out from behind a bush, as DeKeseredy explains, but the majority of sexual assault cases involve someone who knows the victim. He told his audience to stop questioning the statistics and put them into perspective.

“The one in four figure is not a myth, it’s a fact,” DeKeseredy said.

In one of his experiments, DeKeseredy asked a group of men, “What do you do to prevent yourself from being raped?” The men fell silent, and one man cracked a joke by saying “avoid going to prison,” which was followed by a wave of laughter. When DeKeseredy asked this same question to a female audience, he reported that the discussion could have gone on for hours. Women said that they hold their keys, wear running shoes, carry pepper spray and a rape whistle, check the back seat of their car, and so on.

DeKeseredy argued that this problem needs to be taken to the streets. He urges people to boycott harmful companies, stores, products and services that promote objectifying or abusing women. For example, DeKeseredy will not stay in a hotel that sells pornographic programs, and if he does, he asks to speak with a manager because he believes that it sets unrealistic and harmful expectations for women that contribute to the problem of the abuse of women. He also says that “well-meaning men” should try to become responders and be proactive because silence cannot do anything.

Finally, DeKeseredy encouraged the student body to make our campus a safe place for women and a harassment-free environment for students of all genders.