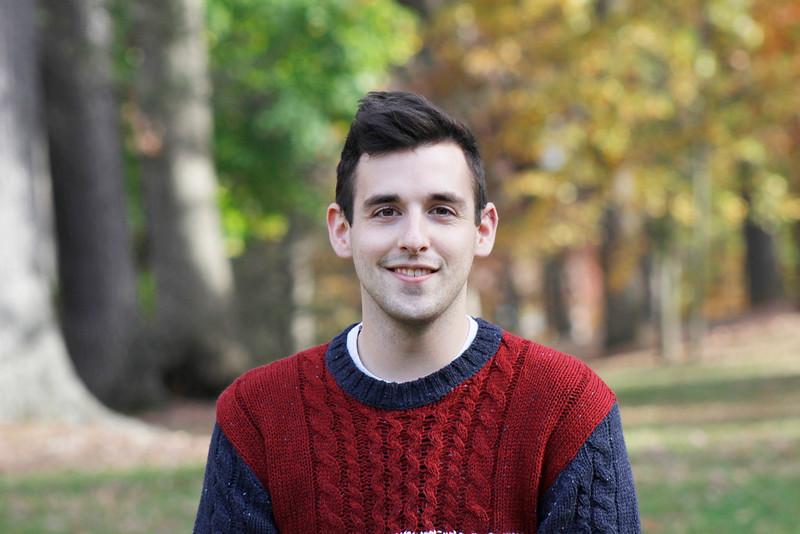 What does it mean to be Homecoming Host?
“To me, a Homecoming Host becomes the face of Bucknell for that weekend. They’re the ones that answer questions like, ‘What’s going on at Bucknell right now?’ They’re the ones that make the alumni feel welcome. They’re the go between, between the student body and those who have left because once they come back it’s basically like they’ve never left. It’s to make them feel welcome, to make them feel at home, and to reassure them that Bucknell is going in the right direction.”

Why did you want to be a Homecoming Host?
“I was involved with Reunion Weekend this past year, and it was basically hearing all the stories of how Bucknell used to be, and again, talking about where it’s going, it just made me want to get involved again. I love this school, I love it so much, and I love to brag about it– especially when I can relate to people who have gone here. It’s great to meet new people and to share the love of the school.”

How do you think this opportunity will benefit you?
“I think, first and foremost, interacting with adults is something I’m going to have to learn how to do sooner or later. Again, instilling a deeper pride in the school for maybe different reasons than I have now, I love my classes and I love my friends, and maybe hearing about how the school has changed through important times in history can give me a deeper appreciation of where we’ve come from and the direction we’re heading.”

What’s your favorite part of homecoming?
“My favorite part of homecoming is seeing the people that haven’t been back to campus in at least 10 years, just seeing the look on their faces, they’re always smiling and giddy about every little thing—even though it’s something that we’re used to. Seeing the student space—it’s a place that didn’t exist six years ago—[and] just seeing the wonderment knowing that when I come back to Bucknell, it’s going to be the same excitement all over again.”

What advice would you give to future Homecoming Hosts?
“I’d probably say just be genuine. Like I said, I love this school, but there are always things we can improve on. Just don’t put too much thought into why you’re doing this or what’s going on at the school because alumni can see through that.They’ll love the school no matter what, so you just have to be honest.”

What do you think about your fellow Homecoming Hosts?
“I love them, I know them all. When the list of nominees came out there were about 12 of us, and I had a pretty good idea of who everyone was and what they were about. And seeing the five that are with me, I’m not surprised at all. I’ve known most of them since freshman year. They’re a great group of people.”