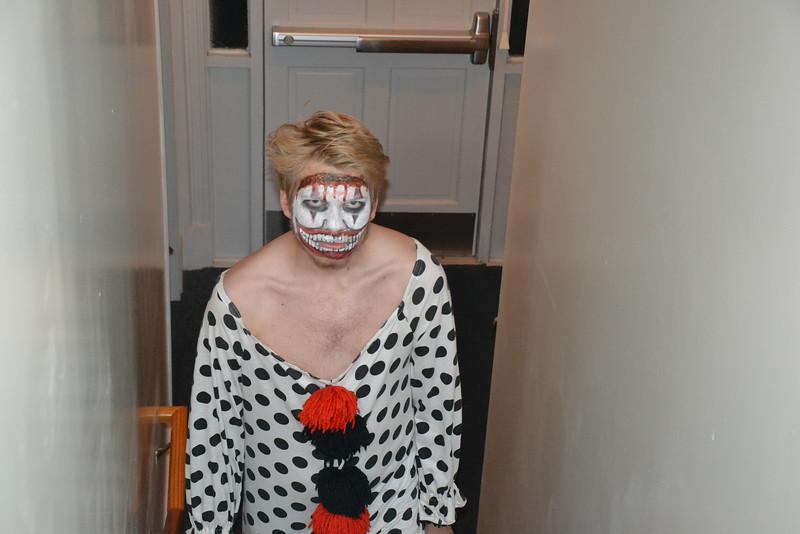 Blood-curdling screams could be heard from Galloway House on Oct. 24. The University’s theatre club, Cap and Dagger, prepared the campus for Halloween by creating another creepy and terrifying haunted house this year.

“Every year Cap and Dagger’s haunted house puts me in the Halloween spirit and gets me excited for the Halloween festivities. I’m excited to see what they put together next year,” Zephaniarh Jacob ’16 said.

Galloway House, which is affiliated with Cap and Dagger, was transformed by club members into a dark and haunted dwelling that evening. A tour guide led guests around the house, leading them to different rooms with various spooky surprises. There were bloody clowns stalking guests, human-sized dolls ripping limbs off Barbie dolls, ghosts, wizards stabbing at and eating from a pile of “raw” meat and “blood,” a man with “guts” falling out of his carcass, and a wall of masks that came “alive.” The bathroom looked like a scene straight from a horror movie, complete with a strobe light that highlighted people drenched in fake blood, screaming and crawling on the floor.

“I was a tour guide, and though I saw the bathroom scene literally over 20 times, it was still genuinely scary for me every single time,” Gregory Wolf ’17 said.

One of the new developments to the Haunted House this year was a video that some members of the club put together, filled with images and clips of bugs, creepy clowns, static, and an especially gruesome clip of someone stabbing a knife through their finger.

“I personally found the video really exciting because it caught people off guard and was creepy without being outright terrifying, because terrifying people right after they get inside is a hard thing to do,” Wolf said.