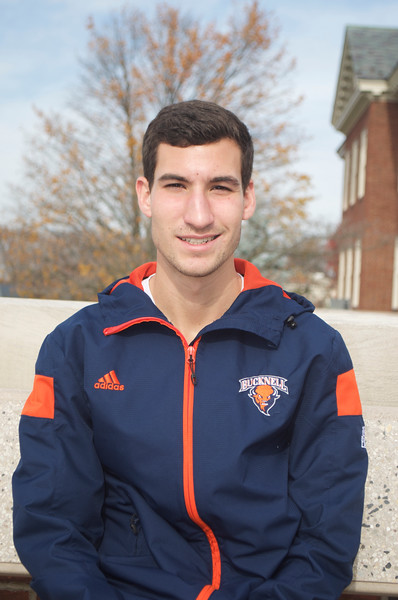 Athlete of the Week

Michael McGowan ’15 might have put in his best performance of his four-year collegiate career as the runner-up at the Patriot League Championships. His time of 24:05.20 helped lead the Bison to a second-place finish behind Navy, the best performance for the Bison since they finished second in 2001 and four spots better than last season.

This was the fourth event of the year for McGowan, one of the most experienced runners for the Orange and Blue. He finished in ninth out of 260 runners (12:13.10 in a 4k) at the Dickinson Invitational on Sept. 20, and placed 57th out of 110 runners (25:42) at the Panorama Farms Invitational less than a week later.

His most recent meet before the Patriot League Championships was on Oct. 18 at the highly-competitive Princeton Invitational, where his time of 24:53 was good for 32nd out of 301 total runners.

One of six seniors on the 26-person men’s cross country roster, McGowan has had an extensive career at the University, all culminating at the Patriot League Championships. Back in the 2013-2014 season, he was the top Bison finisher in all six of the meets he competed in, earning All-Patriot League honors.

He is also talented in the classroom. As a major in economics, McGowan is a member of the the University’s Dean’s List and Patriot League Academic Honor Roll.

McGowan and the rest of the Orange and Blue have a week off before competing in the NCAA Mid-Atlantic Regional Championships on Nov. 14.