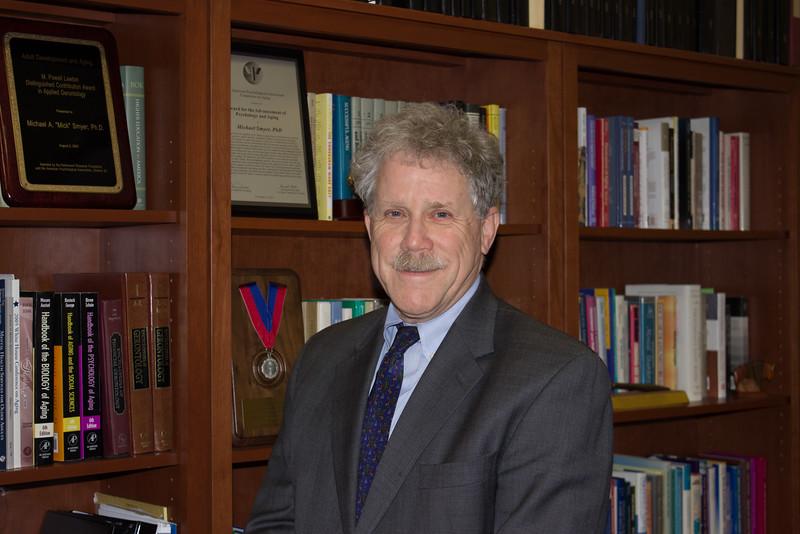 Provost Mick Smyer, who has held his position as provost since 2008, will be taking a sabbatical year starting July 1, 2015 at Yale University, the University of Canberra, and Babson College, where he will be researching the connection between population aging and climate change, according to the Bucknell Magazine. The title of Smyer’s sabbatical project is “Graying Green: Climate Communication for an Aging World.” He plans on teaching at the University after his sabbatical year.

As provost at the University, Smyer was involved in the expansion of the faculty, greater collaboration among staff, faculty and students, and the creation of a productive relationship with the Geisinger Health System for the benefit of students. The provost is the second-highest ranking official at the University and is in charge of academic and student affairs.

Smyer’s research will involve his background as a clinical psychologist with his interest in climatology. His work will relay to climate scientists the benefits of targeting their findings and action steps at older adults for developmental and political reasons. Smyer pointed out that older adults should be a focus of climate scientists because they are more likely to think about future generations and their legacies, and are often more politically involved than young people.

Smyer will complete three fellowships at the Yale School of Forestry & Environmental Studies, the Endeavour Executive Fellowship at the Australian National University and at the Lewis Institute at Babson College.

“In all of those places, I am trying to learn both content and skills for translating climate findings into action steps for older adults,” Smyer said.

The president and provost are in continuous collaboration, and Bravman noted that some of the most important qualities for a candidate are integrity, good judgment, and honesty. Smyer added that provosts must be skilled listeners and communicators, and enjoy problem-solving.

“The problems that come to the provost are usually pretty interesting and complicated because the easier problems are solved elsewhere,” Smyer said.

Students, faculty and staff will have input in the hiring decision.

“We will be doing, in early winter term, an analysis of eight to 12 candidates for first-round interviews,” Bravman said.

Once the search has been narrowed down, the candidates will meet with 30-40 elected student body representatives and members of the faculty and staff. The selection will then be narrowed down to two or three finalists afterwards.

According to Bravman, the transition from Smyer to the new provost will most likely be a smooth one.

“The real learning is getting to know people. That takes time,” Bravman said.

According to both Bravman and Smyer, the average tenure for University presidents and provosts is relatively short, and the numbers are decreasing due in part to the increasing demands of the job.

“It’s been a great privilege to serve as provost and the time has gone by quickly. Seven years is a long time for a provost to serve. The average is a little under five years,” Smyer said.

Bravman plans to hire a new provost by the start of Smyers’ sabbatical. In the rare case that the search does not result in a satisfactory new provost, the University will reevaluate.

“We would not hire someone just to fill the spot, we would continue the search,” Bravman said.