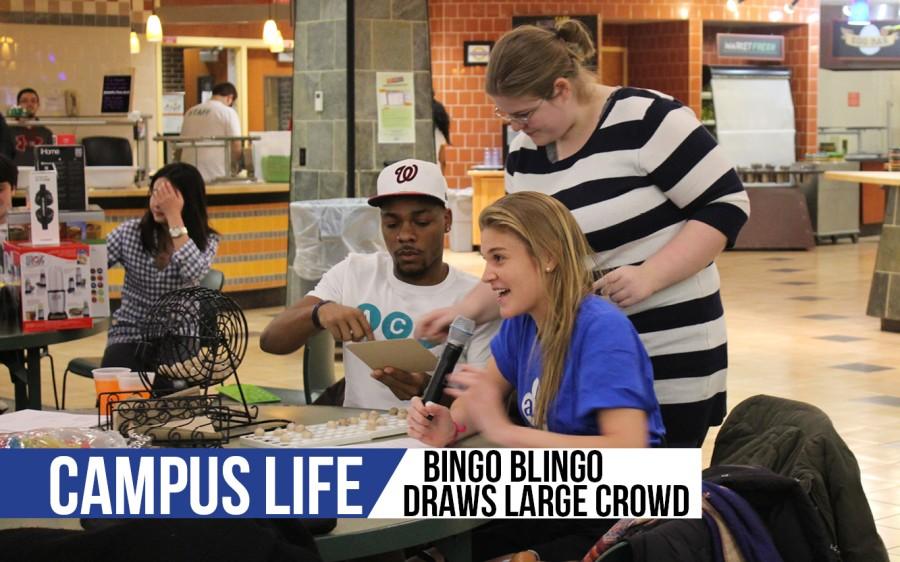 More than 50 prizes were either bought or donated, including gift cards, electronics, and other games.

Along with the usual rule of getting five called numbers in a row either vertically, horizontally, or diagonally, a few other rules were contributed. One of them was called “Stamps,” and the objective was to get four numbers in one of the four corners on the board. Another consisted of everyone standing up, and if a number on a person’s board was called, the person would have to sit down. This would last until four or five people were left standing. Then they would participate in a “Death Round” until one person remained.

“Bingo brings the community together to practice the skill,” Allison Aaron ’16 said.

“Bingo is a great time to hang with friends and win cool prizes!” Patrick Newhart ’18 said.

The next event hosted by ACE will be Fabulous 50s on Jan. 23 from 9 p.m. to 11:45 p.m. in the Terrace Room of the ELC. This late-night social event includes a roller rink, soda floats, fun 50s photos, and more.