It’s time to reevaluate our ‘war on terror’ 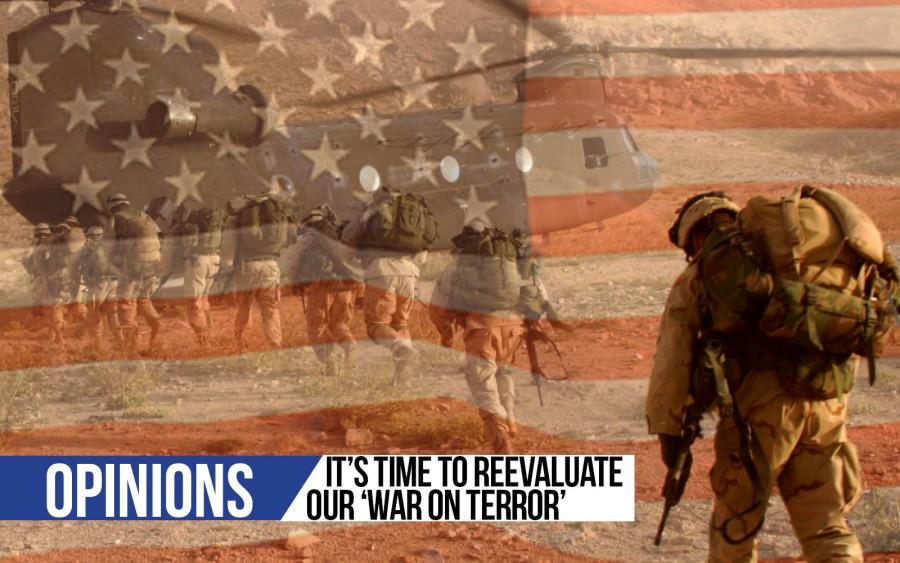 Today’s news is dominated by the Middle East. Terrorist attacks, bombings, oil prices, drone strikes–depressing events seem to dominate the bulk of media attention and an inordinate number of these events take place in the Middle East. Things weren’t always this way, but it seems that this post-9/11 worldview is becoming more and more entrenched as time goes on.

The current War on Terror is the longest, and second costliest, war in the history of the country. We are not at war with a single country, organization, or even a single ideology; we are at war with an idea. There is pervasive war mongering about protecting the country, its citizens, and promoting “peace abroad.” In reality, we are stuck in an anti-terror strategy and political climate that was born in haste from the wake of September 11.

The few days after the attacks were some of the most harrowing days in the history of the country. In this intense period of mourning that followed, the government was pressured to respond as the American people were essentially unified in favor of a strong, armed response. At the memorial service at the National Cathedral on Sept. 14, President George W. Bush gave an address that was immediately followed by forceful rendition of the “Battle Hymn of the Republic”–an intense war ballad that one would not normally expect to hear at a memorial ceremony. If anything, this event was oddly emblematic of the ensuing weeks.

That same night, Congress passed the Authorization for Use of Military Force, which granted the president the use of “all necessary and appropriate force” against anyone who aided the terrorists involved in 9/11. The act passed with only one no vote out of 519 votes cast.

This measure has become the most defining document in the history of foreign policy. It has “authorized” everything from the prison in Guantanamo Bay to the invasion of Afghanistan, drone strikes in Yemen, Pakistan, and Iraq, and even National Security Agency (NSA) surveillance of American citizens. Beyond just the literal meaning of the words, the cultural significance of the bill’s passing was part of a larger movement that almost guaranteed public support for Bush in his first term, including his later invasion of Iraq. Any opposition was “unpatriotic” and was seen as essentially inviting another attack.

This “war” has been driven by short-term strategic thinking that, in turn, was nothing more than an overzealous reaction to a horrendous attack. More than 13 years after 9/11, it is hard to fathom that the current extent of our military focus in the Middle East can be directly traced back to these few days. Instead of reflecting on the attacks today, we continue the same practices that led us here in the first place. With no end in sight, numerous countries in disarray, and little to show of our efforts, it is now necessary to critically reflect upon these past years and reevaluate foreign policy in the age of international terrorism.

During the same memorial service where Bush spoke three days after the attacks, Reverend Nathan Baxter spoke these humble words: “As we act, may we not become the evil that we deplore.” With the hindsight of the last decade, it’s hard not to see this statement as eerily prophetic.