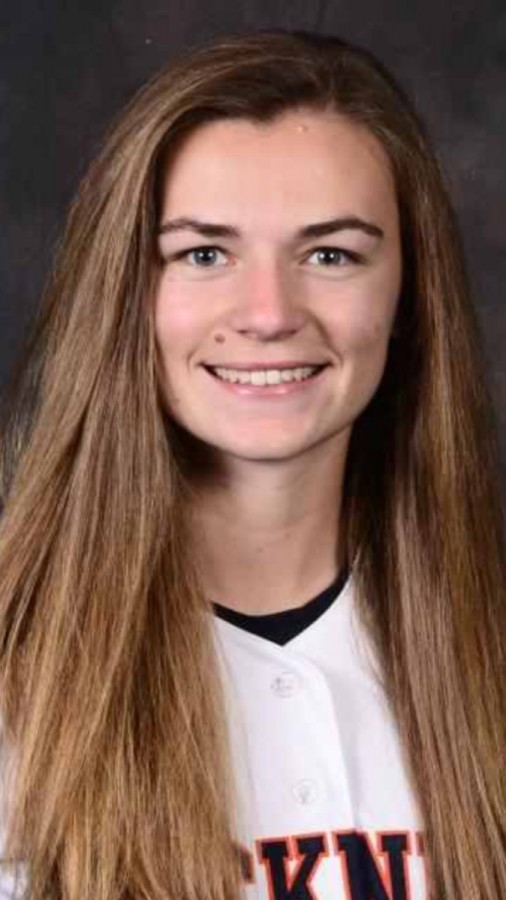 The Bison softball team is off to its best start in 27 years at 4-0, thanks in large part to senior Cox’s stellar weekend at the Cleveland State Dome Tournament. She led the Bison to wins over Canisius, Bowling Green, Toledo, and Robert Morris.

“I think the team’s 4-0 start is a statement to ourselves that all of our hard work will not go to waste because we will give it our best and have fun doing it,” Cox said.

Cox finished the tournament 7-for-11 with a HR, two doubles, four RBIs, and five runs scored. She posted two hits in three of the four games played, and closed the weekend out with a single in the final game.

“My personal goal is to make the most of my last season by taking every opportunity one at a time and making improvements at every step. In addition to winning everything in our path, we have an unwritten team goal to be the most driven team out there,” Cox said.

“My favorite accomplishments have been seeing my teammates succeed where they hadn’t previously, whether it is making a diving play, not swinging at a rise ball, or reaching their biggest goal. I think it’s important to celebrate all levels of achievement,” Cox said.

The Orange and Blue head to Greenville, N.C. from Feb. 13-15 where they will play five games in three days. The team will take on East Carolina and East Tennessee twice, followed by one game against Towson. The Bison look to continue their winning streak and return home 9-0.