A student’s take on the Vagina Monologues 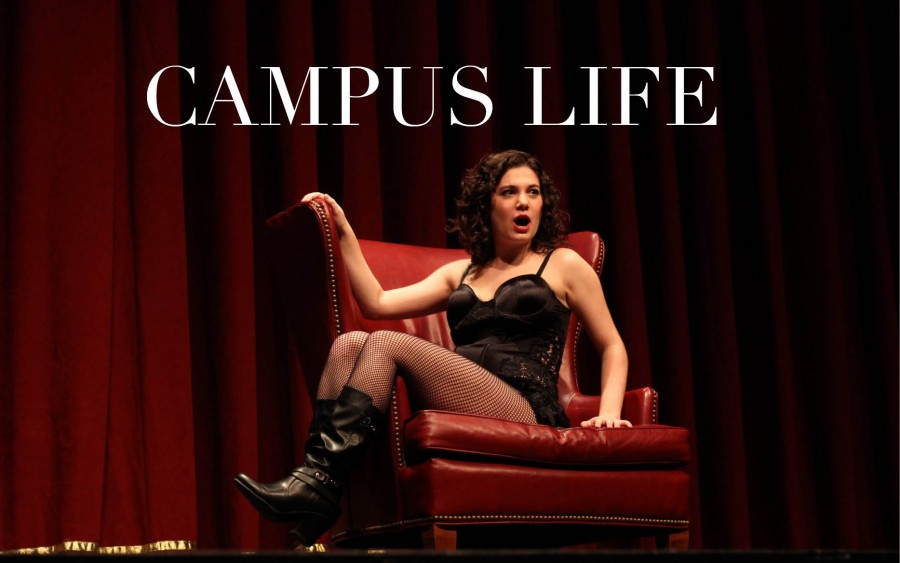 A woman’s voice screaming “Cunt!” could be heard from outside Harvey M. Powers Theatre on Feb. 6-7.

The Vagina Monologues is a play conducted every year at the University in February, conveniently scheduled a week before Valentine’s Day. Though not the best play to watch with your parents or your little brother, it can be an enjoyable and slightly squeamish show to see with friends, or your significant other if you’re feeling especially daring.

Focused on woman empowerment, The Vagina Monologues features a series of monologues performed by women, talking about their vaginas. The monologues range from slap-on-the-knees kind of funny to deadly serious. For example, one woman’s monologue was about how she was raped by her father’s best friend. Another woman’s monologue encompassed the description and portrayal of orgasm moans from different ethnicities, a scene that had the audience cracking up and the theatre echoing with laughter.

“I’ve seen this play every year, meaning a total of three times. Some of the monologues are really funny, and others pretty serious. It never gets old for me because every year there are different actors who bring different things to the table. So even though it’s the same script, and the same monologues every year, it’s fun to see the different take from a different person,” Rachel Healy ’15 said.

“I was completely shocked when I first watched the Vagina Monologues my freshman year. There is one monologue where the actor screams ‘cunt’ multiple times, spelling out the word and pretty much moaning on stage. She then asked us to say ‘cunt’ and I couldn’t say it. It was just too weird. However, by my third viewing junior year, I was able to yell back ‘cunt’  without embarrassment,” Healy said.

While the title “The Vagina Monologues” may be a bit off-putting, Healy says that attending the show is time and money well-spent.