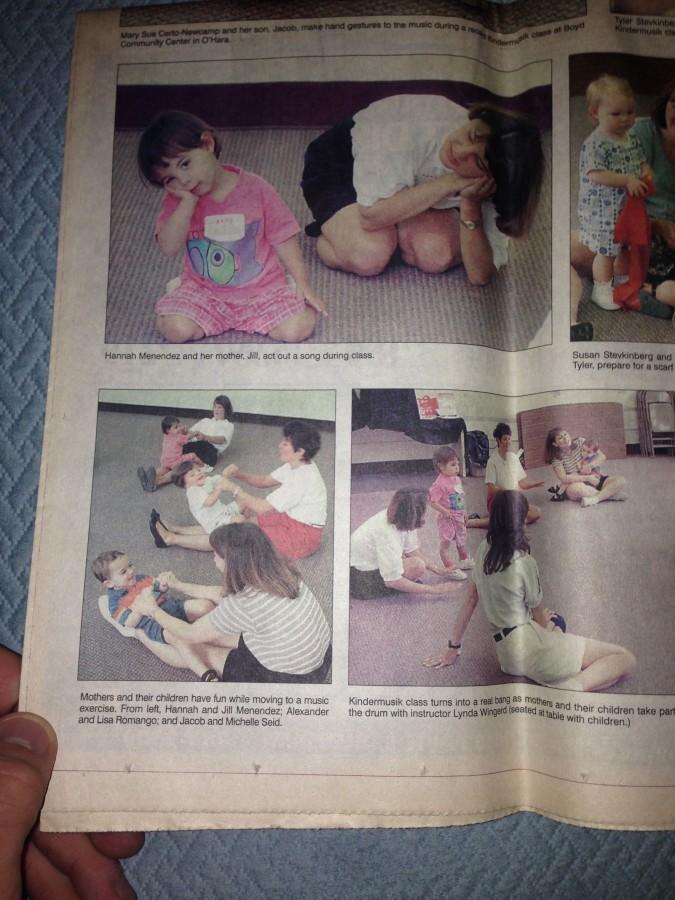 Sophomores Alexander Romango and Hannah Menendez won the Bucknell Dining Couples Contest. Below is their story of how they met.

“Hannah and I started dating last year on Valentine’s Day and fell in love. We “met” in our dorm where she lived on the floor below me. Now I know that’s a pretty boring way to meet but there is a reason I put “met” in quotes. It turns out that when we went home last spring break, a month after we started dating, Hannah went through some old photos from when she lived in Pittsburgh till she was three (since that’s where I am from and she wanted to see if I lived anywhere near her back the day). Turns out that when Hannah went through those photos she found one of a preschool “kindermusic” class at a place right by my home. Now this is when it gets real crazy, the photo also had a few other families in the picture and their mothers who were in the class as well. Now here is the real curve ball, when Hannah read the caption on the photo, it turned out that Hannah and I were both in that photo, pretty crazy huh? So it turns out that we met when we were two, but she played hard to get and made me wait 16 years to say I love you haha. So to sum it all up, we both went to the same preschool class till we were three, at which point Hannah and her family moved away from Pittsburgh. Then she grew up in Delaware and I grew up in Pittsburgh, till we both ended up here at Bucknell. At which point we both were in Harris dorm, she was on the floor below me. Then, we got to know each other and then started dating, she went home at Spring Break found that photo and the rest is history. Attached is the photo, I’m the one in the white she’s in the pink!”