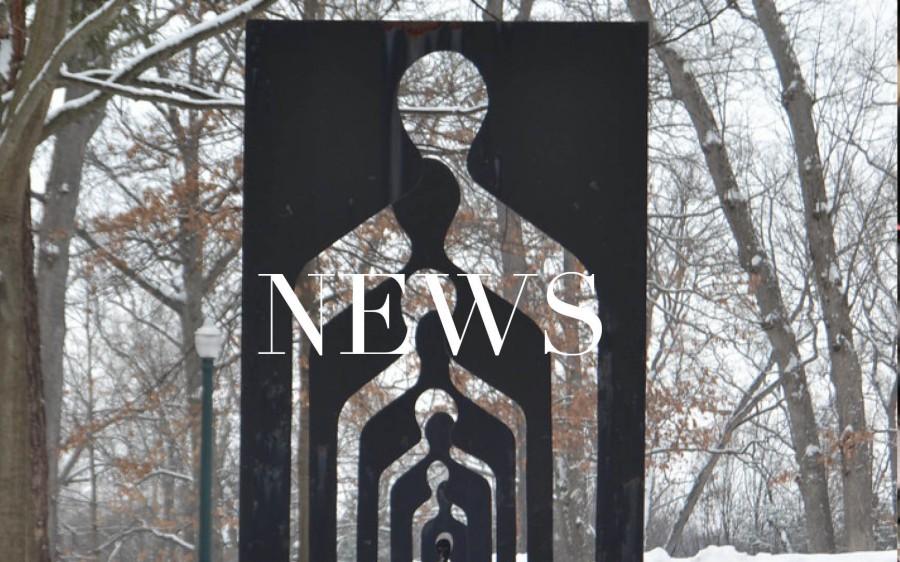 “The Fresh Prince of Bel-Air,” Teenage Mutant Ninja Turtles, Bill Clinton playing a saxophone on Arsenio Hall—these are just a few of the things that University students remember the early ’90s for. But one thing they definitely remember is the “Seven Generations” sculpture.

On Feb. 25, 1992, University community members gathered in front of Roberts Hall, home of the Women’s Resource Center at the time, for the dedication of a seven-part sculpture created and donated by Frederick Franck. Within a week, the sculpture’s smallest section, a fetus located within the sixth section, and a small plaque explaining the concept of the “Seven Generations,” vanished. Jen Hunt ’93, a student invested in the restoration of the sculpture, confirmed in early March 1992 that the sixth section was returned. Another section was stolen within a month. Some faculty members from the Department of Religious Studies and many students were upset, and constituted these thefts as acts of violence and a continued “disregard for Native American people.”

This was a time when the Internet wasn’t as widely accessible and used by the public as it is today and  consequently, there’s no online presence of this ordeal; only the newspapers and magazines from that time located in the Ellen Clarke Bertrand Library’s microfilm archives can tell us most of the story. The sculpture, inspired by the Great Law of the Iroquois, marked the beginning of the University’s series on “Environmental Imperative.” Franck’s dedication and intention spoke of the mindfulness and empathy that is required for future generations when making decisions for the environmental context.

The fear that the sculpture was promoting “pro-life” ideas was started by a man who was installing the piece at the time.

Janice Butler, Director of the Women’s Resource Center at the time, wrote in an emailed statement:“There was in fact a student who complained about the sculpture. She had stopped at the sculpture and asked a man who was installing it about the meaning of the piece. She was told it was a ‘pro-life’ statement and became offended. She believed the art piece was conveying a religious belief and imposed judgement on women who might choose or require an abortion.”

The fear that this sculpture was promoting ideas of anti-abortion and pro-life beliefs gave some people enough reason to vandalize the piece of art. All of these events happened in the wake of the 20th anniversary of the Supreme Court decision in Roe v. Wade. This decision declared a legal right to some abortions and found that a constitutional right to privacy protected a woman’s decision to terminate a pregnancy. Additionally, the Supreme Court case that was on most people’s minds was Planned Parenthood of Southeastern Pennsylvania v. Casey, a case in which initial deliberations projected overturning the decision made in Roe v. Wade. On April 5, 1992, people gathered at Washington to rally at the “March for Women’s Lives,” including an estimated crowd of over 100 University students.

An April 1992 edition of The Bucknellian states, “Amanda Swarr ’95 arranged the bus trip to Washington as part of her efforts to revive the Pro-Choice Action League on campus.”

A student columnist presented his “pro-choice” support in The Bucknellian and subsequently started a long-term back-and-forth with other University students in the newspaper about the varying sides of the abortion debate. In April and June of 1992, various pleas for the return of the sculpture were published in The Bucknellian and the Standard Journal. Vice President of Academic Affairs Larry Shinn, Professor of Religion John Grim, Associate Professor of Religion Mary Evelyn Tucker, Steve Syers of the Stadler Center for Poetry, Nicole Markley ’92, Jen Hunt ’93, Center Gallery Director Robert Metzler, and the brothers of Tau Kappa Epsilon fraternity all shared their public outcry and requests to the student body in The Bucknellian.

Despite public pleas for its return, University administration decided to remove the sculpture until it was fully restored. In August 1992, University President Gary Sojka wrote to Franck, asking for replacements of the missing pieces and in October, the sculpture was fully restored. In early November, it was rededicated by Chief Oren Lyons, Faithkeeper of the Turtle Clan of the Seneca Nations of the Iroquois Confederacy, and moved to the section of campus that lies between Kress Hall and the Botany Building, where it currently remains. Nevertheless, if University students look today, they won’t be able to find the seventh generation in the form of the fetus.

Adversaries in the abortion debate can, in fact, agree on one thing: life is precious. While strictly religious Catholics deem the life of a fetus as valuable, pro-choice supporters find life in the future too worthy for discontent. Ironically, it is this very state of agreement that causes their disagreement.

Given this notion, the problem is not how the two sides differ in principles. It is how they undermine the other’s interpretation of the value of life. A celibate Catholic priest will most likely doubt what is “precious” to an uneducated, working-class woman who cannot provide for a child (and vice-versa).

But the Church discounts the other side’s views. Its policies pose a double standard that is not representative of America’s contemporary culture. Primarily, the Church sets limitations on love. It opposes the use of contraception at the same time that it condemns the practice of abortions. Placing this restriction on sex undermines the possibility of love before marriage. According to Pew Research Center, 88 percent of subjects in a 2012 survey reported having fallen in love, while 76 percent reported the desire to marry.

And how can it be that the church opposes the death penalty, holds confession, and forgives acts of inhumanity, but somehow cannot accept abortion as a way to address unwanted conception? Abiding by the Church’s contradictions forces one to make the unfair choice between religion and intimacy.

Furthermore, the Church neglects the difficulties of abstinence today. Intoxication, especially on college campuses, leads to irresponsible decision-making: the The National Institute on Alcohol Abuse and Alcoholism (NIAAA) reports that more than 100,000 students who had unprotected sex admitted to being too drunk to know if they had consented. On a more serious note, as of 2009, “97,000 students between the ages of 18 and 24 are victims of alcohol-related sexual assault or date rape.” A victim should never have to endure the consequences of the crime of sexual assault, but apparently the Church feels otherwise.

It is ignorant to reject the inevitable: women will seek to terminate unwanted pregnancies. While the Church has remained stagnant, culture has evolved. It is time for clergy to work towards reducing crime and instilling values to prevent the necessity of an abortion. The damage done to the University’s “Seventh Generation” sculpture was violent, but it conveyed valid disapproval of an outdated religious concept.

The Millennial Generation is changing the face of the pro-life movement in the national debate over abortion. At this year’s 42nd annual March for Life Rally in Washington, pro-life Millennials attended in record-setting numbers. According to estimates, some 3,000 college-aged students took part in the event. As a large portion of the American population, our generation is changing the majority opinion on the matter.

Even though pro-life is not taught in schools, promoted in the media, or encouraged by the government, this generation is committed to pro-life, as noted by Christy Stutzman in a Washington Times article. Stutzman attributes Millennials’ pro-life stance to their access to the latest information and scientific evidence. Thanks to scientific research and advancements, pregnancies can be detected earlier with more information on developing fetuses given in the earliest stages of pregnancy.

With Millennials leading this newfound change in majority opinion on abortion, it may be worth resurfacing past controversies on the matter to compare Millennials’ opinions and reactions to those of their parents’ generation. Take for example the seven generations controversy that took place on the University’s campus in the early 1990s. In 1992, artist Frederick Franck donated a seven-piece sculpture entitled “Seven Generations” to the University. In its dedication, Franck explained how the sculpture represents the hope that “the seven generations to follow ours will be more humane than those in the past.”

Controversy surrounded the sculpture based on what some interpreted as anti-abortion insinuations. Specifically through the fetus element of the sculpture, many were offended by and opposed to the sculpture. Within the year, multiple elements of the sculpture ended up being stolen. Though motives were never confirmed, the vandalism of the sculpture is often attributed to the University students’ strong opposition to its pro-life stance in the early 1990s.

With the sculpture still on campus, it would be interesting to learn of current student opinions on the artwork and its possible insinuations. If the University population is following the national trend of increasing pro-life Millennials, the sculpture is bound to receive more support than it did from the past generation of students.