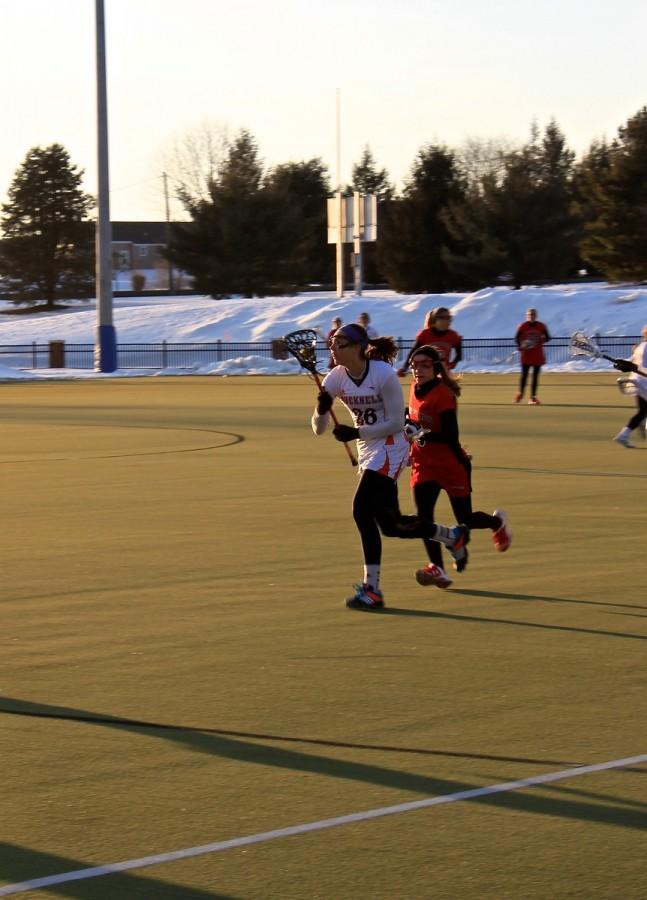 This, however, did not stop the Bison. Maddy Molinari ’17 scored two goals tying the game. The women continued to dominate the second half and scored a total of eight goals; Saint Francis only scored three.

One of the more dominating players of the game was Claire Switala ’15, who scored a total of five goals on five shots. Christina Manis ’17 had a total of four assists. The Bison had 30 shots on goal while Saint Francis had a mere 20.

There were only five penalties in the game and all of them occurred in the second half. Three yellow cards were against the Bison, and two were against Saint Francis.