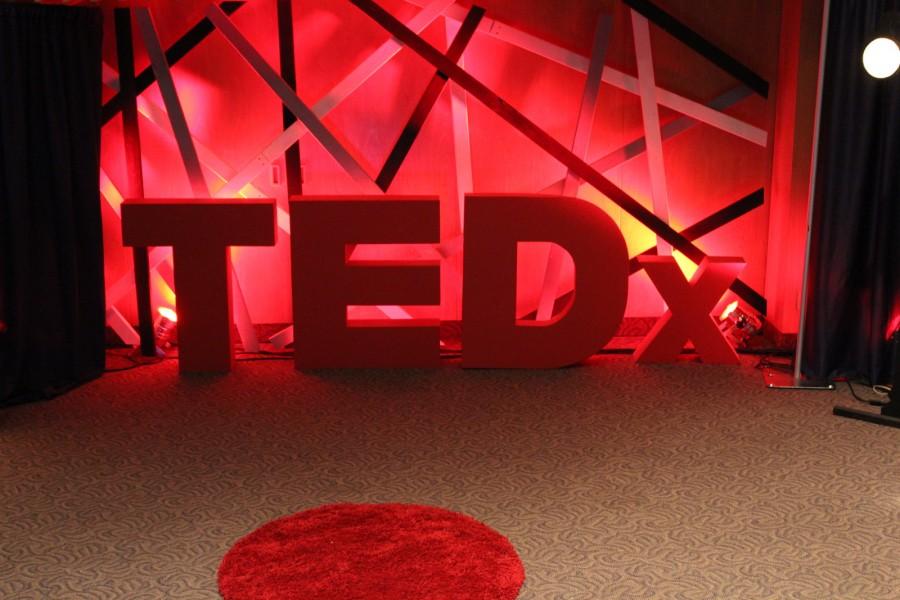 One hundred students, faculty, and staff gathered in the LC Forum for the inaugural TEDxBucknellUniversity event on March 28 to hear about the experiences and observations gleaned from five people whose life paths diverge from one another.

The event was primarily sponsored by the College of Engineering and organized by Peter Puleo ’16, Alejandro Ramirez ’16, Emma Rieser ’17, and Dean of Engineering Keith Buffinton.

One of the main objectives in the planning of the event was promoting collaboration across academic disciplines.

“[We] realized that as a liberal arts institution, Bucknell falls right at the intersection of arts, science, management, and engineering,” Puleo said.

The first speaker was Dr. Joe Tranquillo, a biomedical engineering professor who spoke on the “Thermodynamics of Collaboration.” His talk focused mainly on interacting with others in an effective and productive way.

Tranquillo was followed by neuroscience major Chris Dunne ’15, who discussed the importance of studying and traveling abroad and how it can lead to changes in both mindset and perspective.

Theatre and East Asian Studies major Greg Wolf ’17 then gave a talk entitled “Making Contact” along with 10 other cast members from the student-created theatre production on race that he directed earlier this semester, called “Racial Contact.”

“Since I have always admired and highly respected the TEDx format and its valuation of interdisciplinary and new ideas, I thought it would be the perfect context within which to continue the discussion that ‘Contact’ had begun,” Wolf said.

Jane Maas ’53 spoke next, and gave five tips for jump-starting creativity as told by her experiences during the sexy and sexist advertising era of the 1960s.

The next presentation was another TED talk titled “3 Warp-Speed Architecture Tales,” in which Danish architect Bjarke Ingels explored how engineering can be both beautiful and environmentally friendly.

The final speaker was Dr. Carmen Gillespie, English professor and Director of the Griot Institute of Africana Studies. Her presentation was titled “Creativity at the Crossroads,” and discussed how the unavoidable crises in life offer opportunities to reevaluate, reflect on, and cultivate strong relationships.

The event was followed by a brief reception where members of the audience could interact with TEDx speakers and organizers.

“I’m most excited to see [how] TEDxBucknellUniversity [has] demonstrated to our community that everyone has incredible stories to tell, and it doesn’t take an expert to change mindsets,” Puleo said.