Who is the mysterious saxophone player? 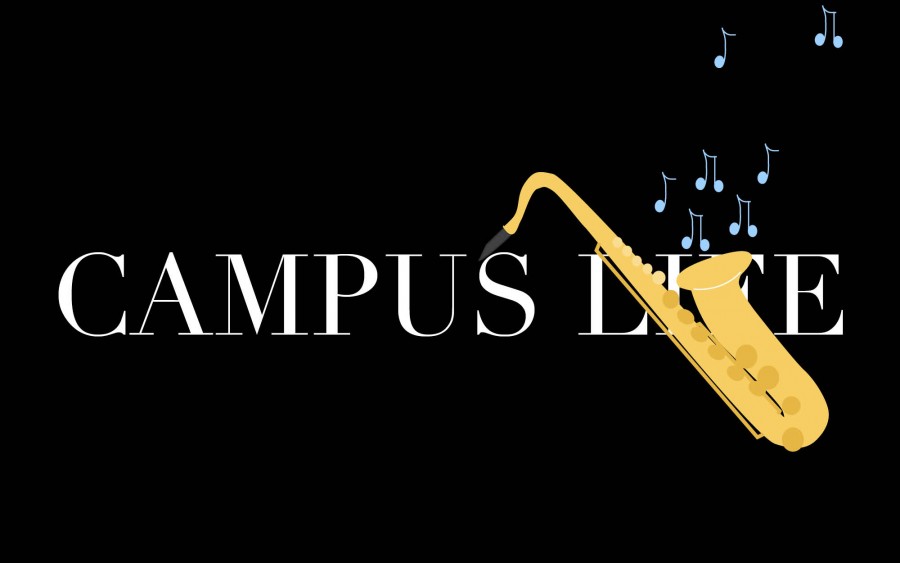 Students were roused on the night of April 4 by the mysterious sound of someone playing the saxophone. Wandering out of their dorm rooms to find the source of the sound, students came upon a lone, hooded figure standing in the parking lot next to the Career Development Center (CDC). Without stopping or acknowledging their audience, saxophonist Ryan MacIver ’17 played music into the night. There were only seven spectators at this impromptu event, gathering just a sincere “thank you” for their applause and witness of MacIver’s incredible music.

Hearing spontaneous, live music around campus is not something that students are used to. MacIver’s unplanned performance left students pleasantly surprised.

“I was so impressed that Ryan could play so well and had the courage to go outside and play for all to hear. I don’t think I could do that! It was very impressive and the music was beautiful,” Lara Murray ’16, one of the seven witnesses, said.

MacIver has become well-known around campus for their saxophone-playing.

“The first time I saw Ryan play was out on the quad one afternoon. I thought it added a nice touch to the campus atmosphere,” Catherine Bianco ’16 said.

On March 30, MacIver could also be heard playing on the patio outside the cafeteria around 5 p.m.

The reasoning behind these random performances remains unknown. MacIver makes no public announcements about when or where they will be playing. They say nothing before or after the performances. It seems as though their performances are simply a form of self-expression.

Whatever their true motivation is, MacIver certainty adds something special to campus, and hopefully they will  keep on playing.

Corrections were made on April 13 to reflect the correct pronouns and dates.