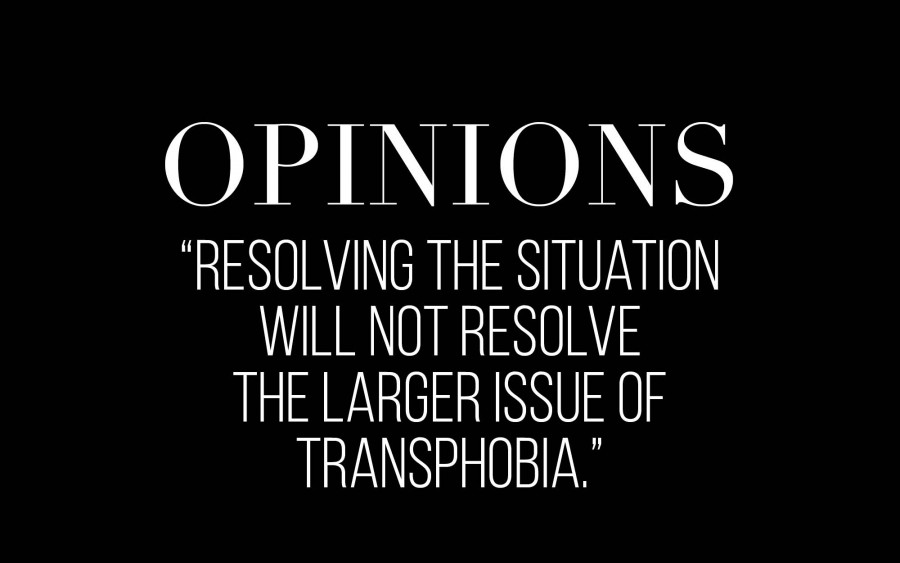 First, I would like to thank you for attending the Solidarity Ceremony and for your continued support of students’ efforts to better Bucknell. I believe many feel that you are truly dedicated to improving the experiences of minority students on our campus. However, I regrettably do not feel the same.

As a transgender student, I do not feel safe or welcomed at Bucknell. Even prior to the incident on Yik Yak last Thursday, my experience as a Bucknellian, both inside and outside of the classroom, was being compromised because of my identity. Since seeing that post on the anonymous app, my feelings of fear and isolation have dramatically increased. My social, extracurricular, and academic lives have all been impacted in ways that I fear are beyond recovery.

I appreciate having the agency to make my own decision about whether or not to open an investigation regarding this attack. However, resolving the situation will not resolve the larger issue of transphobia. I do not want to open an investigation because I know that even if we were able to identify and perhaps expel the student, things will not change for me. I will still face the same feelings I have now and those I had prior to the threat. Since the three students were expelled for the WVBU incident, I’ve seen many adapt to the mentality that they do not have to change what they believe, but rather ensure they do not get caught. I fear that opening an investigation will further perpetuate this problem.

I have been sincerely disappointed to open two school-wide emails from you since this violent threat, with no mention of the transphobic incident other than a vague reference in the first email. You have been committed to combating racism and by naming it as such, you have been validating the experiences of those adversely impacted by racism. By labeling everything else as broader issues of discrimination, you are diminishing the experiences of transgender students, queer students, religious minority students, disabled students, and working-class students, among others.

If you want to truly, as you wrote, “make Bucknell an inclusive home for all members of our community,” you need to take yet another step and acknowledge the deeply ingrained issue of transphobia to the broader Bucknell community, as made evident by this recent threat. Making the attack known to the entire campus will by no means resolve the issue, but it will make clear that both you and the institution support transgender students and are dedicated to improving our Bucknell experience.

As my remarks on Tuesday evening said, I am not in a place right now to stand up for myself and am asking others to stand up for me. As president of Bucknell University, you have the power to do just that.