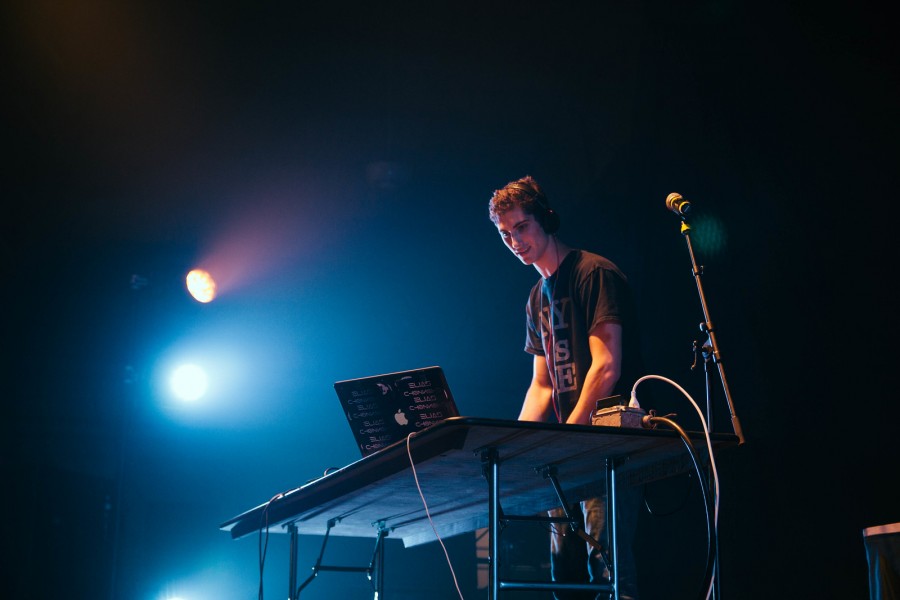 “I had a good basis after DJing parties and smaller events for the past three years,” Elias Strizower ’17 said, reflecting on his development as a student DJ. “Concerts, however, are a whole different beast.”

Only two years into his University career, Strizower is taking over as the school’s go-to student DJ under the alias DJ Chonchon—a name inspired by his mother’s last name. This weekend, he will step into the spotlight yet again as the closing act for Rock and Roll Hall of Famer Joan Jett’s performance at Chrysalis.

The process of getting gigs and performing in front of crowds of several hundred spectators took a bit of time. Strizower recounts beginning his affair with music at the age of three when he started playing the piano. From there, he continued to develop, experimenting with different instruments until he happened upon the program VirtualDJ. Alongside his best friend, he gained proficiency in the program and began to expand his skillset further.

Now at the University, Strizower finds himself consistently locking in gigs. Over the past year, he was hired to perform at a range of venues—Color Games, sorority formals, fraternity registers, and the inaugural Dance Marathon. Of all the events that spotlighted him, Strizower holds the fall concert where he opened for rapper Schoolboy Q as his biggest gig at the University thus far.

“I had never performed in front of such a large crowd and in a concert setting with professional production until then. It’s not every day that you have 500 people staring directly at you watching your every move,” Strizower said.

Strizower’s campus involvement with both the Bucknell Concert Committee and Campus Vinyl has also bolstered his on-campus career.

“Concert Committee has definitely helped me get shows on campus because of its connection to the CAP Center and the relationships I’ve developed with people like Dean Conrad,” Strizower said.

Looking ahead, Strizower would like to continue to incorporate a bit of live music into his production.

“Whether with new programs, controllers, or even using a keyboard, it would be great to create music on the fly live for the audience to hear,” Strizower said.

The prospect of having free time to produce new material over the summer entices him as well.

With his Chrysalis performance just around the corner, Strizower is gearing up to take the stage for what will be the largest show of his career thus far.

“I’m really excited to be closing for Joan Jett. Not everyone can say that they closed for a Rock and Roll Hall of Famer.”