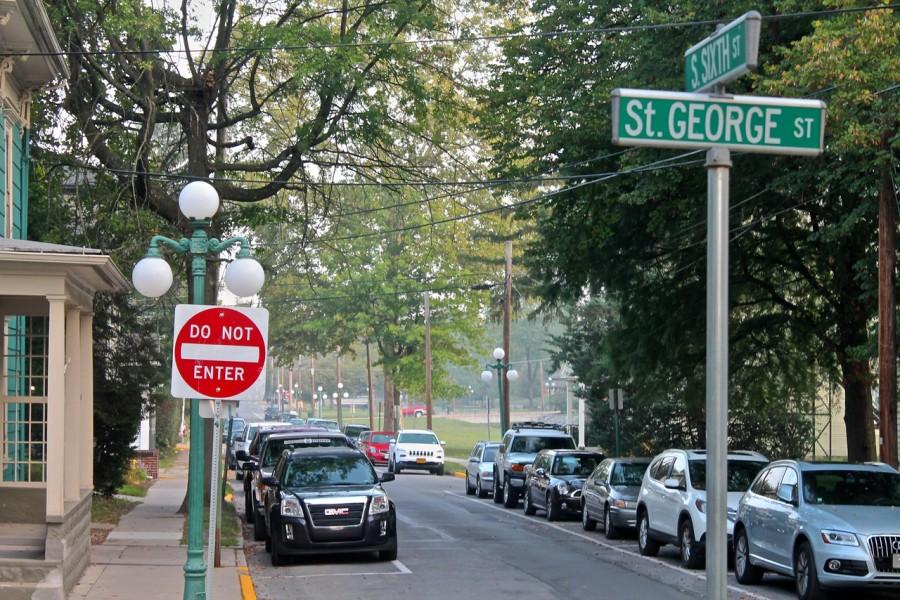 In the opening days of the fall 2015 semester, students living in off-campus housing saw an increase in instances of harassment from residents who have no affiliation with the University.

At approximately 10 p.m. on the night of Sept. 1, University students received an email from Dean of Students Amy Badal addressing “student safety and related perceptions.” Due to the opening of the South Campus Apartments, there are around 300 fewer students living downtown than there have been in past years, and as a supposed direct result of this, incidents disturbing student life have taken place.

Badal alluded to an event that occurred on Aug. 27 in which “U.S. Marshals took an individual into custody at 218 South Seventh Street.” The individual is a fugitive originally from the Philadelphia area who was staying with an acquaintance in Lewisburg. He had been arrested for attempted murder and the authorities were able to remove him handily.

Badal also spoke of a fight involving two people, neither of them University students, that took place on the corner of South Sixth and Saint George Streets on Aug. 30. She then touched upon what occurred on Aug. 23, an alleged verbal harassment dealt with by the Buffalo Valley Regional Police Department (BVRPD) and Chief Paul Yost.

Yost said the occurrence took place at 215 South Sixth Street between 12:30 p.m. and 1:10 p.m. The officers responded to the call at 2:25 p.m., proceeding to speak with and interview the home’s residents about the situation. The individuals are three males renting the home and are unaffiliated with the Section 8 housing program and the University.

“We gave them the opportunity to understand how things go around here and gave [them] a verbal warning. We said we would not tolerate disrespectful behavior in the neighborhood. The individuals understood and that was the end of it,” Yost said.

In light of this recent downtown disturbance, Yost proceeded to address off-campus crime overall, saying that “only speaking for the month of August … there has not been any substantial increase or issues that we’ve seen as a result of the change in the University student-housing system.”

During August 2015, there was one report of theft, one DUI, one disorderly conduct, six instances of public intoxication, four instances of underage consumption, one use of false identification, and one report of an open container. Yost notes that the report of theft, based on BVRPD’s investigation, was another student. This totals to 15 reported crime-related incidents, just one greater than the number of incidents that occurred in August 2014.

In her email, Badal said that she has asked that BVRPD continue to maintain “a visible presence” in the downtown area. She, as well as Chief Communications Officer Andy Hirsch, encourage students to take necessary precautions in order to retain their safety both on and off campus.

“We urge students who experience any form of harassment … to report it to the proper authorities. That better positions either us or BVRPD to take meaningful action toward addressing the issue,” Hirsch said.