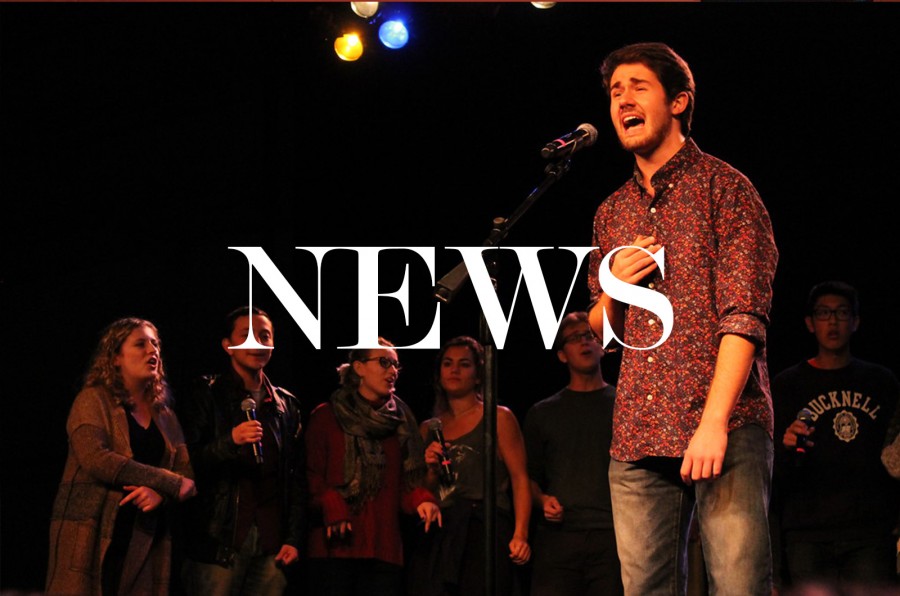 Activities and Campus Events (ACE) facilitated the latest Center Stage event, headlined this year by comedian, writer, actress, and voice artist Wanda Sykes on Oct. 3. Doors opened at 7 p.m. in the Gerhard Fieldhouse, where student a capella groups, as well the University’s student improv group “We Brake For Nobody,” performed prior to Sykes taking the stage.

“Center Stage showcased so many talented students at Bucknell! I’ve never seen ‘We Brake for Nobody’ perform until that night and I thought they were particularly awesome,” Shira Tarlo ’18 said.

While enjoying the performances, students were able to snack on catered treats that included cookie dough on a stick, various soups and breadsticks, pixie sticks, and hot chocolate. They could also pick from centerpieces composed of over 4,000 Dum Dums lollipops.

“I would consider the event a huge success! Everything ran smoothly, the student groups did amazing, the food was great, and Wanda’s opener as well as Wanda herself killed it! I couldn’t have asked for it to go any better than it did,” ACE Executive Programming Chair Emily Vislosky ’18 said. “Wanda is someone that we were really excited to have and the way campus responded to her coming was incredible.”

The cookie dough on a stick, following the event’s “on a stick” theme, seemed an especially enjoyable treat for students.

“It was great to see such a good turnout and enjoy Center Stage favorites like cookie dough on a stick!”ACE Executive Programming Chair Holly Grosholz ’17 said.

“My favorite part was personally the cookie dough on a stick. That is because I just really love cookie dough,” ACE Executive Programming Chair Madison Cooney ’18 said.

ACE was able to book Sykes due to campus demand; the organization circulated a survey around campus with several headlining options, as well as an option to include a suggestion. The survey results determined that the highest demand was for Wanda, allowing ACE to book her.

Though Center Stage is an annual fall event, it has been held outside in previous years. Hosting the event indoors this year allowed organizers to put up more decorations, assemble more available seating, and place battery-operated lights on the aisles to shine on each respective group that performed. The inclusiveness of the physical layout contributed to the enjoyable comedy club aesthetic fostered by the event.