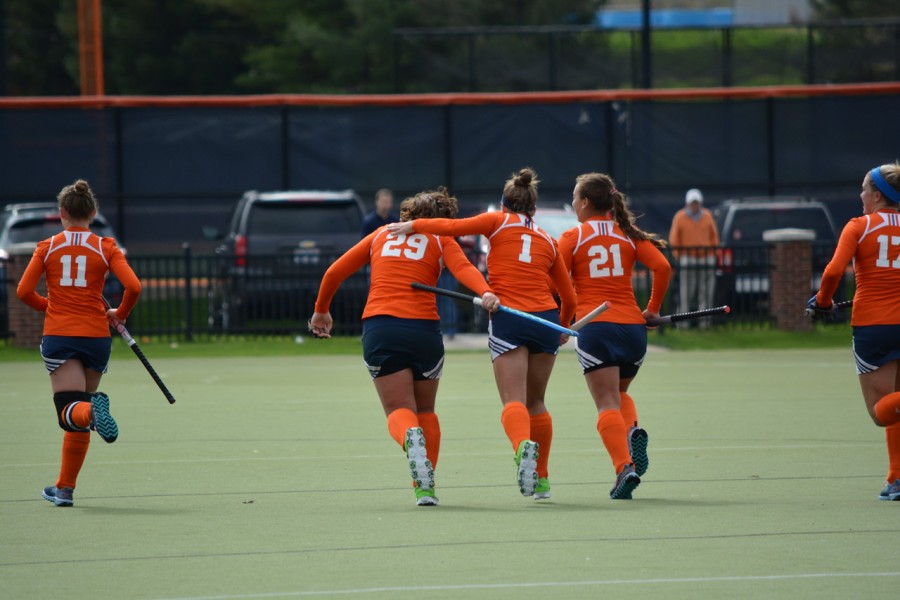 The Orange and Blue posted a 5-2 win over Holy Cross on Oct. 17. The following day’s game was a bit more disappointing, with a 3-2 loss to Penn in overtime.

The game against Holy Cross held serious importance within the conference. It was necessary for the Bison to perform during this game, and perform they did. The Orange and Blue began the first half of the game on a strong note with some serious hard drives toward Holy Cross. Nicole Rupnik ’19 scored the first goal in the eighth minute with help from Kelsy Kauffman ’17. Kiersten Sydnor ’16 scored the second goal for the Bison in the 27th minute with help from Amy Mucelli ’17. Emily Goodloe ’17 scored the third goal for the Orange and Blue, with assists from Kayla Sullivan ‘16 and Estelle Palandjian ’17.

In the beginning of the second half, Sydnor fired away with a fourth goal. Rupnik scored the last point for the Orange and Blue in the 49th minute, and Holy Cross scored their second and last goal of the game five minutes before it ended. With such a strong win, the Bison are in a great position to enter the Patriot League Championship.

Oct. 18 was a strong playing day for the Bison, despite a disappointing 3-2 overtime loss to Penn to move them to 7-8 overall. Penn was the first to score, grabbing a 1-0 lead less than five minutes into the game. Sydnor scored both points for the Orange and Blue. The first one was off an assist from Abby Watson ’16, and the second one came unassisted 1o minutes later.  In the 41st minute, Penn scored again to tie the game 2-2. Shannon Keen ’16 made five saves during the game.  The game then went into overtime, and Penn managed to score 6:16 into the extra time to take the win.

The Bison will face Boston University in their next conference game on Oct. 24.