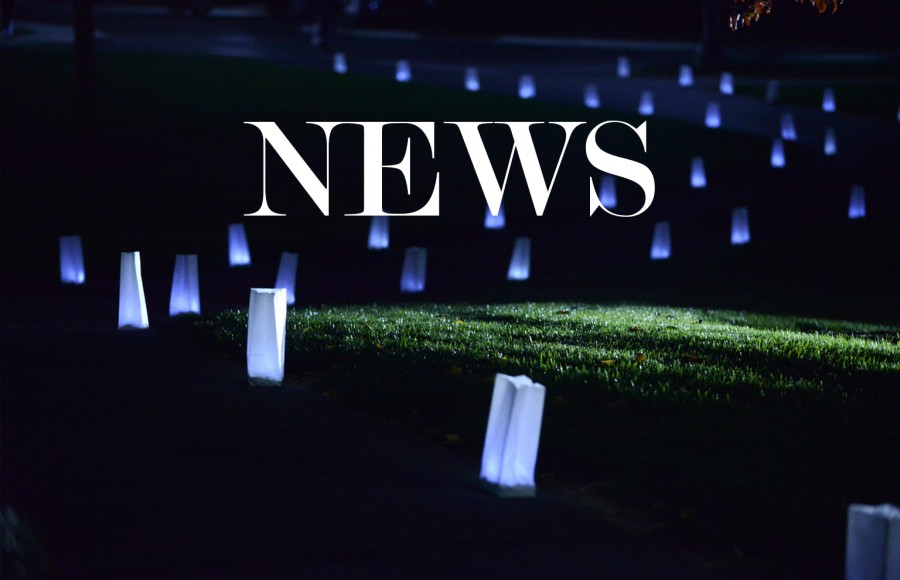 On Oct. 23, members of the Class of 2019 were invited to Rooke Chapel for their official initiation into the greater University community. Students gathered together alongside returning alumni, officially entering their names into the University family.

The Bucknell Student Government (BSG) officers of the Class of 2019 gathered on stage to show the first-years the finished product of their hard work. The class motto, “To grow as individuals we must stand united,” was presented and displayed beneath the class crest. The crest features a bison walking along a path from Bertrand Library through the Christy Mathewson gates with hills looming in the background. The display was followed by the singing of the alma mater, led by first-year singers.

“It was an awesome reminder of how many people are in our class that I haven’t seen yet,” Julian Bartholomee ’19 said. “I’m excited to meet them all.”

Members of the BSG Senate showed a video entitled “19 Ways to Know You’re a Bucknell First-Year.” The class was treated to a hilarious series of skits that documented the life of a typical first-year University student, such as splurging on unlimited cafeteria swipes or struggling to get laundry done on a Sunday.

The class book was also assembled. Each floor of every first-year residence hall elected a representative to create a page full of reflections and pictures to be placed in the book.

Once the ceremony was completed, the Class of 2019 followed their new crest out of the chapel and toward the tent near the football field. Students were greeted with t-shirts that displayed the new logo, motto, and colors, as well as a chance to meet alumni and make lasting connections with previous generations of University students.

“I loved First Night because as a class, we got a sense of unity with each other, and with the impressive alumni network,” Sarah Jautz ’19 said. “The activities in the tent were also really fun. Everyone danced and got to talk to some really interesting alumni.”

Both the First Night ceremony and the celebration afterward were praised by students.

“I think it was a great way to bring the first-year class together and make it official that we’re part of the herd,” Robert Fornshell ’19 said. “The tent was really fun, too. It seemed like everyone was having a good time and really enjoying themselves after the ceremony.”

Preparing for First Night was an intricate process for the Class of 2019 that required constant collaboration.

“We prepared for the event first by deciding what we wanted our overall message to be, which we decided was unity,” BSG Class of 2019 Vice President Emily Shapiro ’19 said. “From there, we brainstormed and collaborated to create the class motto, and we selected the class colors from a poll conducted through the Class of 2019 Facebook page.”

As this was the first year that First Night was held in October rather than January or February, the Class of 2019 was unsure of what to expect in terms of participation and community response. Now that First Night has come and gone, the officers are ecstatic about the way they carried out the tradition.

“I thought that the event was very successful, and I was pleased with the attendance,” Shapiro said. “Luckily, everything worked out!”

The Class of 2019 is not resting on its laurels. If anything, BSG has its eyes set on the future.

“Now the Class Congress will focus on our class product, which will be gray quarter zip sweatshirts, so keep your eyes out!” Shapiro said. “Also, BSG is sponsoring an Alcohol Awareness event on Nov. 2 which I believe is extremely important and I hope to see many first-years in attendance.”

This year’s First Night gave students a sense of identity. With a banner, a motto, and the beginning of a legacy to place alongside countless others, the Class of 2019 now finds itself at home.