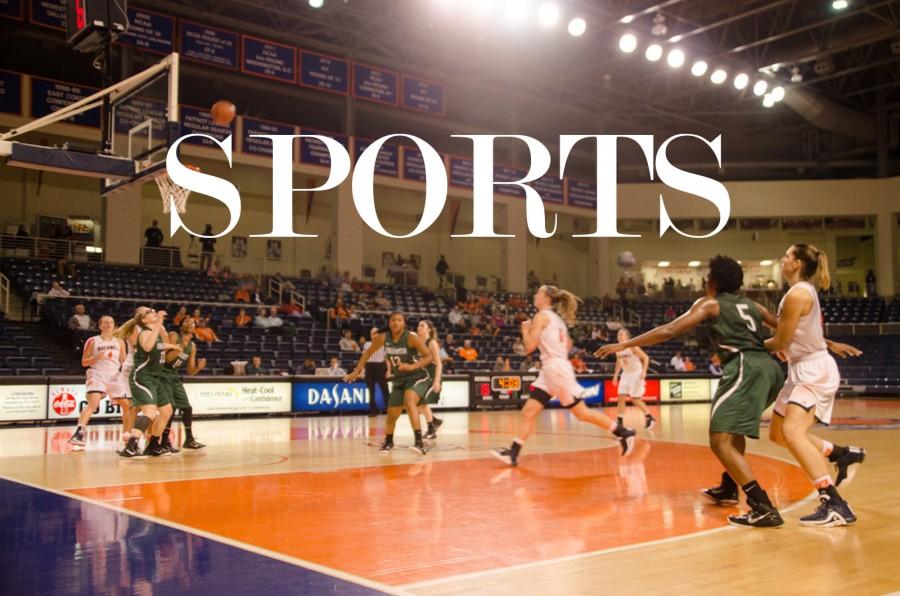 Megan McGurk’s ’17  go-ahead three-pointer with 44 seconds left in the game put the women’s basketball team over the top against Cleveland State 59-57 on Nov. 13. It was McGurk’s second three-pointer in the last three minutes of the game.

This pivotal three-point shot fueled the Bison all night. In the first quarter, the Bison shot 5-5 from beyond the arc, which propelled them to a commanding 27-18 lead. In the end, the team shot 43.5 percent from three-point range on the evening while Cleveland State shot 21.7 percent from downtown. After the first quarter, the Bison struggled with turnovers. They committed 14 turnovers in the final three quarters and 17 total while Cleveland State committed only 9 total turnovers.

“I was incredibly proud of our team over the weekend. They found a way to win at Cleveland State when a lot of things were not going our way—good teams find ways to do that and to do so on the road in the first game is encouraging,” head coach Aaron Roussell said.

Jacquie Klotz ’18 had an outstanding game. She shot 6-12 from the field and an amazing 5-7 from beyond the arc, adding up to an 18 point game. She also got six rebounds, one assist, one block, and one steal. McGurk scored 14 points and shot 5-11 from the field, 4-8 on threes. McGurk rounded out her stat line with one rebound and four assists. Catherine Romaine ’18 impressed in her first career start with four points on 2-4 shooting, seven rebounds, three assists, and two blocks.

Riding their victory, the team traveled to Indiana on Nov. 15 to play No. 3 Notre Dame. The Fighting Irish have had tremendous success over the last few years. They have made it to the Final Four for the last five years running, and they are considered one of the elite teams in women’s college basketball.

Impressively, the Orange and Blue out-rebounded Notre Dame 44-33, a huge feat against such an elite team. Claire DeBoer ’17 and Jacquie Klotz combined for 20 rebounds in the game, more than Notre Dame’s entire starting five combined.

“The Notre Dame trip was just an amazing experience; the football game was fun as was the time getting to hang out with our team. But more than anything was the grit and toughness that our team showed against one of the best programs in the country. There were many periods during the game that we outworked and outplayed them; they were a little shocked and they were obviously not happy with how the game went. Even though it was a loss, it was one of the most proud I have been of our team in my time here,” Roussell said.