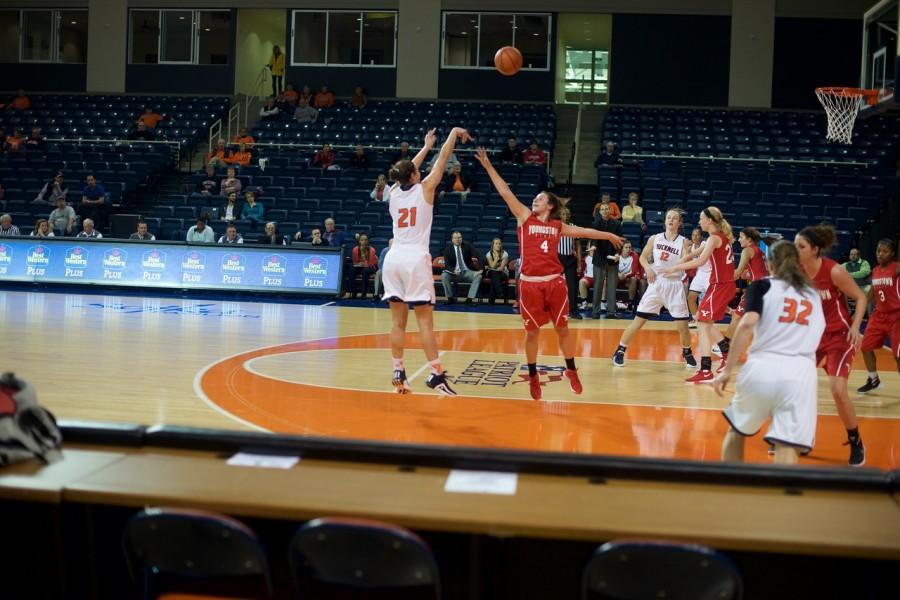 The women’s basketball team snapped a three-game winning streak with its loss to Canisius on Nov. 29. Poor shooting really hurt the Bison down the stretch, as they shot 36.4 percent from the floor over the course of the game, and just 30 percent from three.

After a frustrating third quarter for the Bison, the team rallied in the fourth to tighten the game, an effort that ultimately came up short.

“We were disappointed in how we played on Sunday. We had been playing well, but Canisius was ready for us and deserved to win that day,” head coach Aaron Roussell said.

The Orange and Blue’s shooting sputtered over the same period. The team shot 35.7 percent from the field and 18.2 percent from beyond the arc in the second half.

Despite the loss, Claire DeBoer ’17 had a very strong game, shooting 8-14 from the floor and 1-2 from beyond the arc. She also grabbed 12 rebounds, dished two assists, and tallied a block and a steal.

Despite the frustrating loss, Roussell already sees signs of improvement.

“I was proud of our resiliency at the end of the game and very happy how we have bounced back in practices this week. That is a sign of a good team and I am confident it will translate to playing better moving forward,” Roussell said.

The team faced Youngstown State on Dec. 2 and fell 55-47. The team now sits at 4-3 on the young season. The Bison will be back in action on Dec. 4 to face Fairleigh Dickinson.