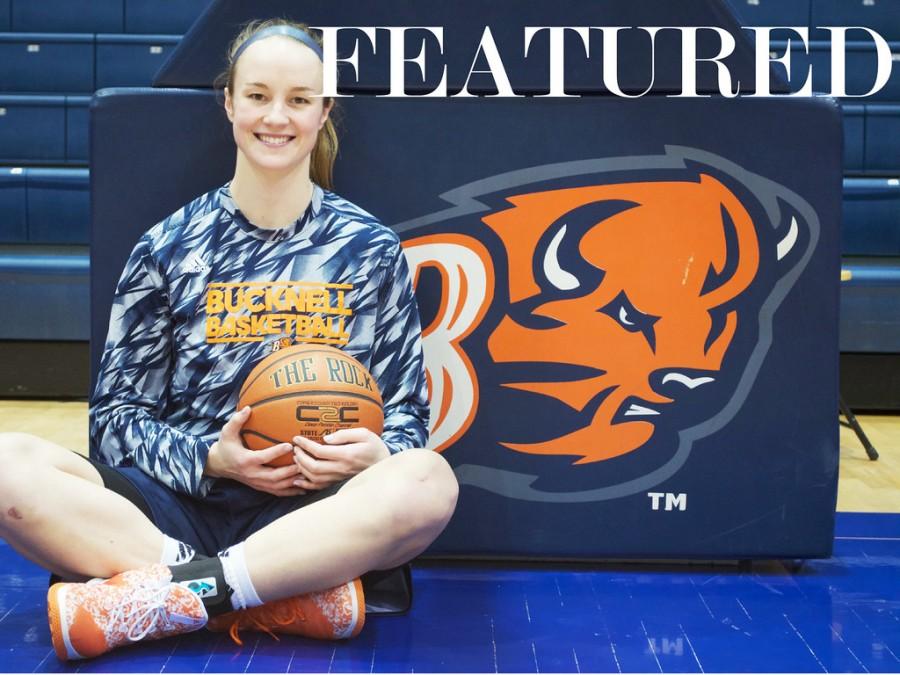 For Claire DeBoer ’17, scoring her 1,000th career point in women’s basketball was a monumental moment. This accomplishment is especially impressive because DeBoer achieved it in only three years. DeBoer had always been a star player, shining from the second she set foot on the court her freshman year. Her 1,000th point is further affirmation that her career in basketball will be a successful one. DeBoer, her coaches, teammates, and friends celebrate the hard work she has put into becoming an accomplished basketball player, and share their thoughts on the major achievement.

“[Claire’s] confidence and strength has always been an impressive force to be reckoned with, because she never let her status as a freshman get in the way of her ability to contribute greatly to the success of the team, from big post moves to game-changing buzzer beaters,” Stephanie Purnell ’17, DeBoer’s first-year roommate, said.

DeBoer was cited by coaches for her skills even before she came to the University.

“Claire was the first recruit to commit in our first recruiting class. I had seen her play while I was still coaching at the University of Chicago and we immediately made her a top priority in our new position at Bucknell,” Head coach Aaron Roussell said.

Roussell noted DeBoer for both her game skills and her attitude.

“I knew she was very talented, but almost more than that, I loved her personality and work ethic. I knew she would immediately contribute on the floor and in creating a winning culture in our program, both of which were needed three years ago,” Roussell said.

To earn 1,000 points in women’s basketball is a difficult and remarkable accomplishment, especially in only three years. DeBoer worked hard to achieve this goal, and her many court moves helped her get to this level.

“[Claire] has improved her inside and perimeter scoring each season, and became a dangerous playmaker who sets up her teammates,” Assistant coach Mike Lane said.

Lane also shares an appreciation for DeBoer’s attitude on the court, and attributes this to her success.

“She has never talked to me about numbers, points, stats, or anything like that; her stats are a byproduct of her work ethic and her belief in herself and her teammates,” Lane said.

Maintaining her always humble perspective, DeBoer saw this honor as a team-wide achievement.

“I didn’t realize how close I was to reaching 1,000 points until one of my coaches told me I had 999 points after our game at Lehigh. I was excited once I reached 1,000 points because it’s a nice milestone, but besides the fact, I’m just excited about the overall success we’ve had so far this year,” DeBoer said.

Ben Oberfeld ’17, DeBoer’s boyfriend, admires how modest she is when it comes to her success on the court.

“After the game, she was humble just as she always is,” Oberfeld said. “I have played sports for a very long time, and have never seen an athlete that is as humble in her success as she is. She always has time for everyone and is never ‘too cool’ for anything.”

So what does this achievement mean for DeBoer and the rest of her team? For now, they need to focus on continuing their success in the Patriot League.

“Most individual stuff like this has a post-season, post-career focus for us. We’ll acknowledge it now, but celebrate it then,” Lane said.

“I don’t really think this will change my basketball career moving forward, but I’d definitely say my future goal is to win the Patriot League, and also a Patriot League tournament with my teammates,” DeBoer said.