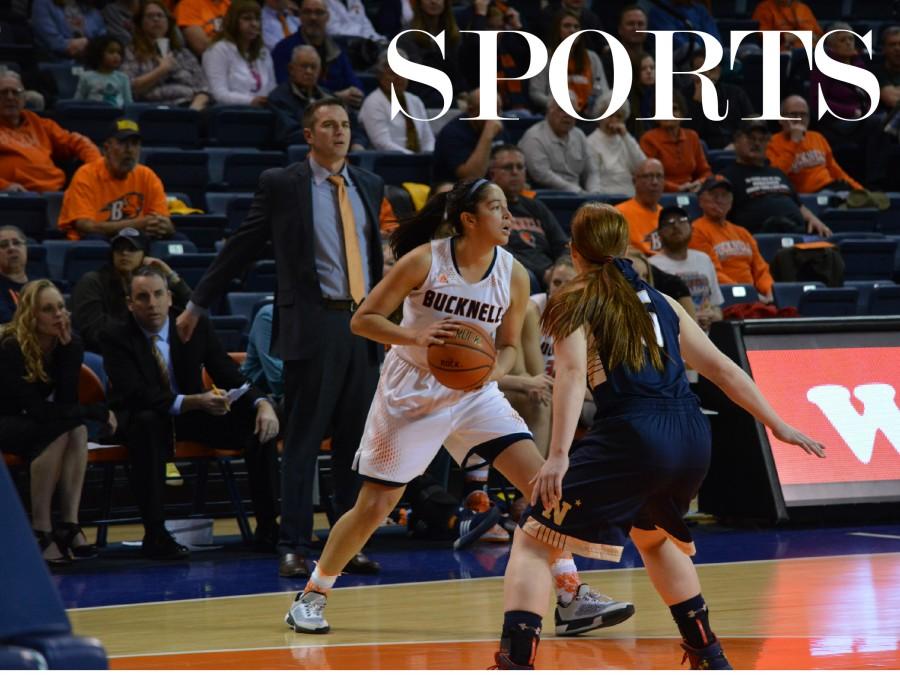 The women’s basketball team defeated Navy 64-52 in Sojka Pavilion on Feb. 27. The game acted as both the final home competition of the regular season and a senior day celebration. The Orange and Blue won for the eighth straight game in a row, improving to 22-6 overall and 16-1 in the Patriot League. This impressive victory also set a school record for wins in women’s basketball.

Claire DeBoer ’17 tallied 16 total points, while Kaitlyn Slagus ’19 had 13 points and Tyler Craig ’16 had 11 points. Most notably, DeBoer proved her spot as a top player in the Patriot League, finishing with five assists and a steal in addition to her 16 points. Minimal time was spent at the foul line, and all six of their attempts were converted. The Bison also ended with a 33-27 advantage on the boards.

“Senior day was a really special day for Tyler, Claire Maree, Sheaira and our manager Ashlynn. During a talk with the team before the game, we said how we wanted to make senior day something memorable—we wanted to thank our seniors for all they have done over these past four years. Overall it was a great success,” Slagus said.

The three seniors won the 71st game of their careers, setting a new school record.

The Bison will host the Patriot League Championship quarterfinals on March 7.